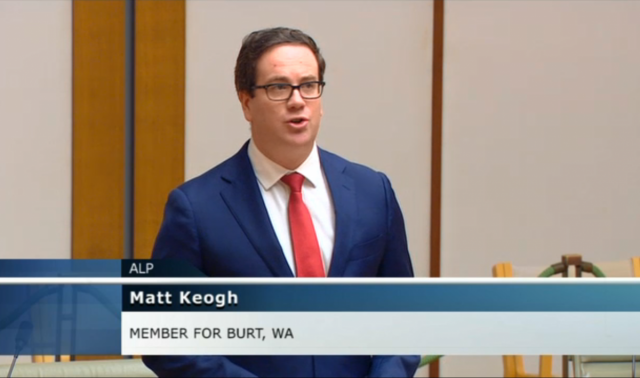 Burt MP Matt Keogh has pleaded with the federal government to continue its wage subsidy following a damning report that indicated more than 4,000 local businesses may be forced to close when it ceases.

Recent analysis by the Australian Taxation Office indicated that the cancellation of the $1500 fortnightly JobKeeper wage subsidy in September could force more than 15,400 workers in Perth’s south-east into unemployment and take more than $12 million out of the local economy each week.

Mr Keogh said cancelling JobKeeper too soon would have a devastating impact on the electorate of Burt and its 105,000 constituents.

In a bid to stop the payment from being ceased too early, Mr Keogh is urging those across the state to sign an online petition to have it extended.

“Across the country, we’re in a deep and very damaging recession,” he said.

“While in WA we are seeing positive results on the coronavirus front, many are still struggling to keep food on the table and look after their families.

“In our community, often we are the first to feel economic trauma and the last to recover.

“So many people have put mortgages, rent and other payments on hold through the pandemic, but many of these “freezes” are due to expire in September, the same time JobKeeper is due to end.

“When I walk around the Jull St Mall and talk to small business owners and workers, people tell me that JobKeeper is helping their businesses survive and keeping people in work.

“The withdrawal of JobKeeper now would mean even businesses that have been able to re-open would have less customers as those customers become unemployed or have hours cut further.

“With recent job figures revealing there are 13 applicants for every single job vacancy around the country, it is unfathomable that the JobKeeper supplement is coming to an end.”

Mr Keogh said he had had a large number of local businesses contact him with concerns about what the end of the national wage subsidy could mean for their business, with many stating that it has been the only thing keeping their doors open.

“JobKeeper needs to be extended, it can’t just stopped overnight – the issue isn’t about a date that it should stop, rather it’s the need for economic recovery to be sustainable before it’s removed,” he said.