Home Armadale ‘Nobody wants this ban’ 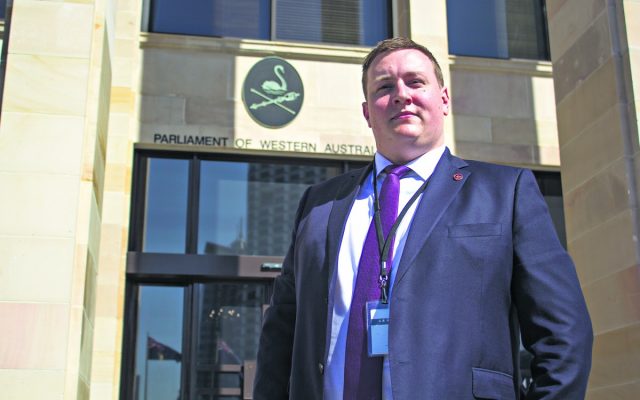 Controversial Member for Southern Metropolitan Region, Aaron Stonehouse will introduce a motion to disallow the Government’s ban on plastic bags, thereby allowing retailers to stock and use them if they so wish.

Mr Stonehouse describes the plastic bag ban as nothing more than a move by “chardonnay socialists.”

“I don’t think the Government should make the lives of Western Australians harder just so some champagne socialists can go to bed feeling better about themselves,” Mr Stonehouse said.

“Nobody wants this ban.

“This is yet another sign that the Government doesn’t support working families,” he said.

“First they ban full-strength beer at Perth Stadium, next they jack up the excise on tobacco and now they’re going after plastic bags,” he said.

“You’re kidding yourself if you think this is going to stop here.

“Next they’ll come after bottled water, packets of Lays chips, and who knows, maybe even Freddo Frogs.

“The saddest thing about the ban is that it won’t even work.

“You have to use a reusable bag more than 100 times to make them more environmentally friendly than a single-use plastic bag.

“Yes, the other states are doing it, but if the GST has taught us one thing, it’s that what the Eastern States think is right doesn’t always sit well here in the West.

“You shouldn’t have to balance a carton of water on your head and carry a wicker basket just to stock your pantry.”

Mr Stonehouse said his disallowance motion is due to be tabled in Parliament after the winter recess in about two months time.