Home Armadale No, no, no…yes…. it’s the Vicar 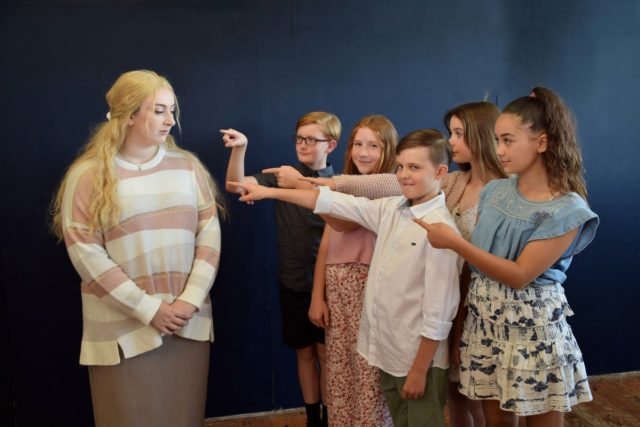 A stage adaptation of the Vicar of Dibley is set to make its Western Australian Debut at the Koorliny Arts Centre next month, featuring Byford resident Amara Maddalena and directed by Mundijong resident Kelly Salathiel.

Adapted by Ian Gower and Paul Carpenter from the original 1990s TV series by Richard Curtis and Paul Mayhew-Archer, the script spans the first two seasons with later references thrown in.

The story follows the arrival and adventures of a new female vicar in a small English country town, finishing with the wedding of Hugo and Alice.

Ms Salathiel said she loved the TV show and watched it as often as it was on television.

“I wanted to direct it on stage but, at the same time, I didn’t want to just take a couple of episodes as others have done – it’s too hard to pick,” she said.

“So I hunted around and managed to find a written script.

The production was originally scheduled for April last year but due to the COVID-19 pandemic it was delayed.

“When we finally got re-scheduled, I lost a couple of original cast members who couldn’t commit to the new dates so had to hunt around and find replacements,” Ms Salathiel said.

“As hard as all that’s been, I have a wonderful cast and the show will be great.”

Becoming involved in theatre while in high school, Salathiel has never looked backed.

She started Laughing Horse Productions with her former husband in 2012 and has directed various shows that have produced winners of acting awards.

“The biggest thing I want to ensure with The Vicar of Dibley is that I’m not producing a copy of the TV show,” she said.

“This is an interpretation.

“I’m trying to honour the original show and having the right cast, who understands that, helps in a big way.

“The fact the script we’re working off has never been produced in WA before means the show is already something the audience wouldn’t have previously seen.”