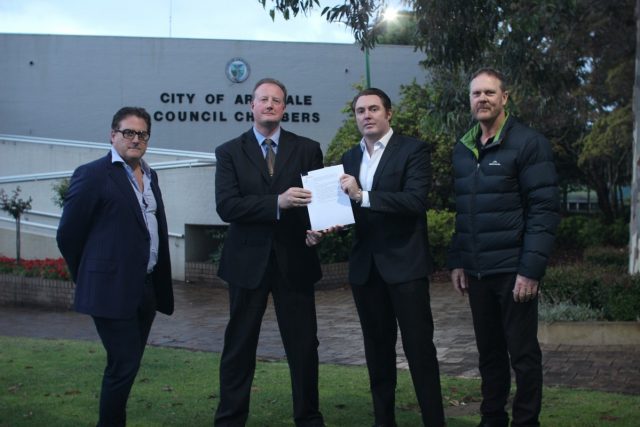 A confidential report comparing options to revitalise the derelict Jull Street Mall will remain sealed, despite desperate pleas from the mall’s struggling business owners to release it.

Several of the business owners behind the Reconnect Jull Street group took to the City of Armadale meeting on Monday night to question why the six-month-old report had not yet been released.

But the group left disappointed, no closer to knowing whether the proposal they presented in August 2019 to reopen the mall to one-way traffic and address the lack of activity and anti-social behaviour would be considered.

The group presented a petition featuring 1013 signatures calling on the city to address community safety concerns by re-investing in the mall, warning that it would deteriorate further without investment.

Councillor Colin Campbell then moved a motion for the report to be publicly released, arguing that stakeholders were under the impression it would be and that there was a growing perception that the city was burying the report.

“Four-hundred and ninety; that is the number of days since the matter of the Jull Street Mall proposal was raised by me in this place,” he said.

“When we appointed a consultant to deliver a report on May 31, there was an expectation that it would be coming before council for consideration.

“But meetings came and went and the question of whether or not to put a road through was never addressed or answered – it still hasn’t been.

“There has been so much build up, so much stakeholder interest in this matter.

“The city has a proud and long tradition of openness and transparency, but I think that is being dashed in a way by this.

“Whether by intent or by happenstance, the perception outside is that the city has buried this report – release it so we can rebuild the trust that has been damaged over the last year.”

Councillor Campbell also made comments implying that a Freedom of Information request could be filed to obtain the report, should the motion be unsuccessful.

But councillors Grant Nixon, Kerry Busby and mayor Ruth Butterfield spoke against released the report, comparing its release to putting a single puzzle piece down and expecting it to paint a picture.

“I understand the interest in what is going to happen with the mall, but there is still a significant amount of information to come forward that could alter the council’s decision and the report in question,” councillor Nixon said.

“This report was not formulated to be public and we should not be rushed into making a decision.

“We’re gathering information on how changes to the Armadale Train station, the City Views Concept and broader plans for the city’s CBD could impact this proposal.

“There will be transparency, and the community will be informed of what the council has decided and why.”

Mayor Ruth Butterfield echoed his sentiments and said it would be poor governance to release the report without giving council the airspace to make the best decision and ahead of the City Views Concept consideration meeting in December.

The motion to release the report was lost.