Home In the news Recognising 35 years of leadership 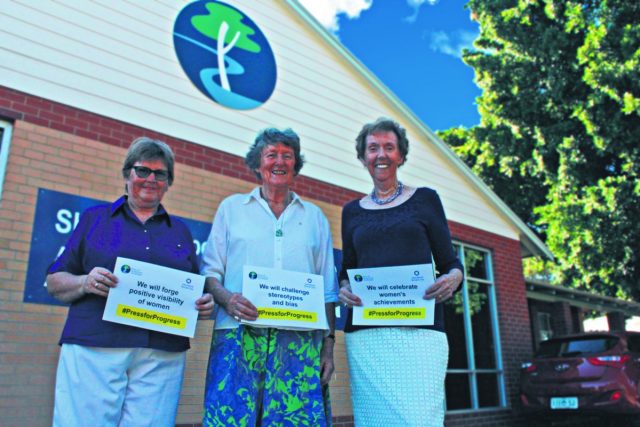 Strong support for diversity and gender equality has seen many women take on some of the top jobs in the southeast.

Since 1983, the Shire of Serpentine Jarrahdale has had 15 serving female councillors, two female directors and one chief executive officer – a result the Shire highlighted last week as part of its International Women’s Day celebrations.

Current shire president Michelle Rich said there needed to be a blend of people from diverse backgrounds on council in order to deliver a balanced approach.

“We need people who will look at the same issues from different perspectives to make way for a balanced, thriving community,” she said.

Colleen Rankin was proud to be named the first female shire president in Serpentine Jarrahdale in 1996 and was proceeded by Jan Star who stood as shire president from 1999 to 2003.

Denyse Needham served after Ms Star and held the position as shire president between 2003 and 2009.

Ms Needham said she always felt she was able to run a harmonious council and steady administration during her time at the helm.

“I think women can multitask and can be very good decision makers,” she said.

“They can embrace a lot of change and ideas and give a balanced decision while understanding how implementing the decision will affect the community.”

Sheila Twine took over the helm from 2009 to 2011 and Ms Rich has been shire president since the 2017 election.