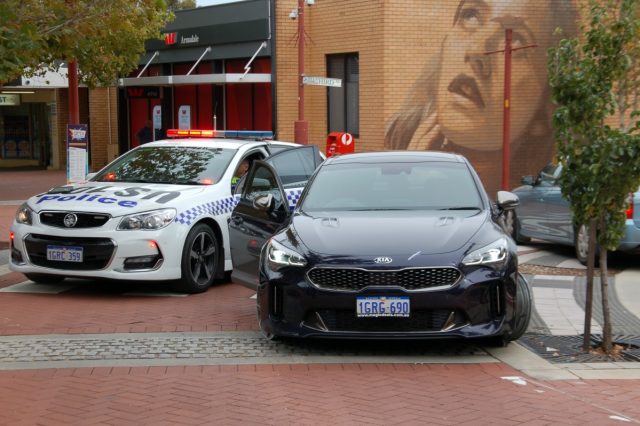 There was a bit of action in Armadale last Friday when a stolen vehicle, which was part of a high-speed chase, ended up in Armadale City Centre.

Around 10am on Friday morning the Armadale Police closed off an area of Jull Street and Third Road, next to the Jull Street Mall.

It is alleged the Kia Stinger was seen travelling at speed through Oakford and Piara Waters before it went down Thomas Road, onto Tonkin Highway and headed into Armadale from Forrest Road.

A tyre deflation device, also known as a stinger, was deployed which punctured the tyres.

The car made it back up Forrest Road before it returned to the city centre where it was forced to stop as there were no tyres left on the vehicle.

A foot chase ensued before the man was caught in an alley in Jull Street Mall and taken into custody.

This was the third incident within 24 hours involving a car chase in the Perth Metro area.

Residents said they noticed a helicopter in the area during the incident, but police officers on the scene said the Police Air Wing was deployed for a separate incident.