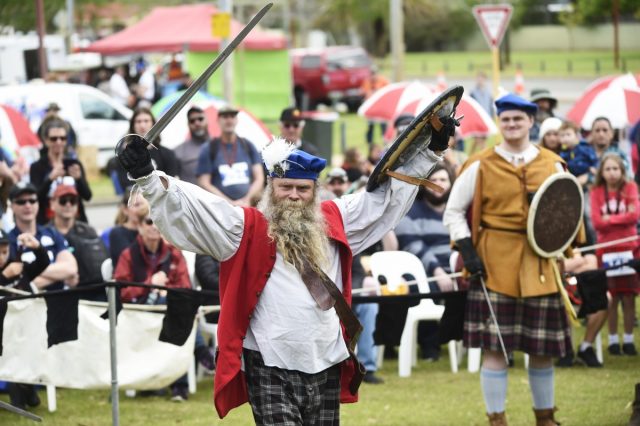 A wee bit of Scotland was brought to the heart of Armadale last Sunday, when Minnawarra Park was transformed into the Scottish-themed Armadale Highland Gathering and Perth Kilt Run.

Around 20,000 people enjoyed the festivities, as the city held its annual celebration of all things Scottish at the unique family friendly event.

“This year, even with the threat of terrible weather, we had our highest number of participants in the Perth Kilt Run bringing us a step closer to vying for the world record attempt,” she said.

“It was great to see so many people, including families, dressing up for the run.

“A personal highlight was seeing the imaginative entries for the Loch Ness Monster Upcycle Schools Challenge.

“This is the city’s community arts initiative aimed at engaging local schools in a creative recycling project as part of our Armadale Highland Gathering.”

“Following the Perth Kilt Run, festival goers experienced Scottish arts and crafts, highland dancing and pipe band competitions, amongst a range of other events such as the medieval fair and the opportunity to delve into Scottish heritage at the clan village, and enjoy a variety of performances of live music and Ceilidh dancing,” Ms Butterfield said.

“The Armadale Highland Gathering and the Perth Kilt Run is steered by a dedicated committee of volunteers who help to present the different areas to create the largest Scottish-themed event in Western Australia.

“It’s terrific to see the dedication and hard work of the volunteers rewarded by such a successful day.”