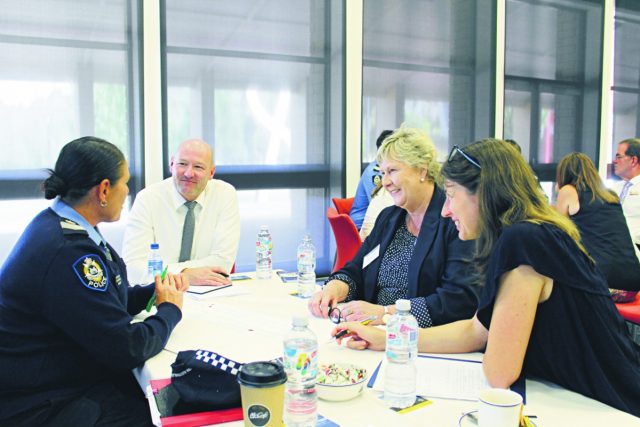 Representatives from schools, the City of Gosnells and State Government agencies came together last week to tackle school parking issues head on.

A forum was set up to source as many thoughts and opinions from a host of different groups to make the journey to and from the school grounds a pleasant and safe experience for parents, students, teachers and council rangers alike.

The issue of ranger safety was highlighted with City of Gosnells manager of governance and compliance Andy Brighouse saying the city’s officers regularly received abuse and threats and were often accused of revenue raising.

City of Gosnells chief executive Ian Cowie said the last reported incident of physical abuse against one of the city’s eight rangers was in November last year when a person became verbally abusive after receiving a parking infringement.

“The ranger was shaken up but not physically hurt and the incident was reported to police.”

Mr Cowie said rangers were simply doing their job and he urged residents to take note of council signage in regards to parking.

“They are not monitoring illegal parking for fun, they’re working to keep children safe,” he said.

City of Gosnells mayor Glenn Dewhurst said the support and cross-agency action between schools, the city and police was promising.

“The problem with school parking is that no single agency ‘owns’ the issue and everyone has been quick to put up their hands and say ‘it’s not my responsibility’,” he said.

“The number of cars, buses, bikes, staff, students and parents all converging on school sites at the same times each day presents a foreseeable risk to student safety, not to mention the safety of other road users, nearby residents and rangers.

“These dangers are preventable but parking problems can only be addressed successfully by connecting the various players.”

All suggestions made at the forum to address school parking issues will be collated and sent to stakeholders to generate further action on the issue.