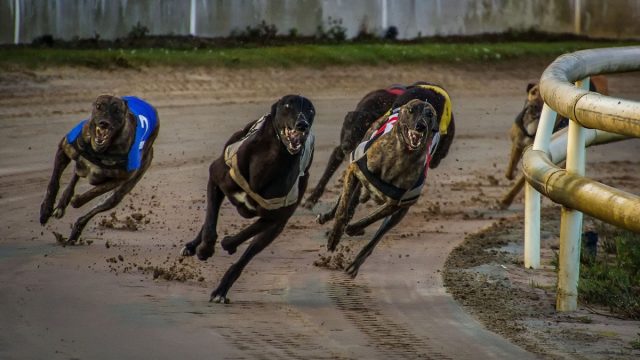 Greyhound racing in WA is again under the spotlight after several greyhounds were injured in recent races.

Six greyhounds were seriously injured and failed to finish after racing at the Greyhounds WA Cannington race earlier this year.

On January 25 the first two greyhounds to get injured were three-year-old Nangar Jill and two-year-old Bebe Glazer.

Nangar fell and suffered a right hind-leg fracture in an eight dog race, while Bebe suffered the same injury during a seven dog race.

In less than one week, four more greyhounds had suffered several injuries, including leg fractures and right hind-leg hock fractures.

Every injured dog was medically stabilised and then transferred to a veterinary hospital for assessment and treatment under the Racing and Wagering Western Australia (RWWA) Greyhound Injury Full Recovery Scheme.

Coalition for the Protection of Greyhounds (CPG) divisional manager Andrea Pollard said the current condition of the six greyhounds is unknown and will not be made public.

“Three of the six greyhounds injured are now shown as retired whilst the other three continue to be shown as still registered for racing,” she said.

“In the greyhound racing industry ‘retired’ can mean re-homed as a pet but it usually means dead.”

Despite animal welfare groups contacting the government to raise their concerns about the industry, deaths and injuries continue to rise.

In 2017, the University of Technology in Sydney conducted research which showed that six dogs, instead of eight dogs per race, can cut injuries significantly.

Ms Pollard said the ultimate goal is to have greyhound races banned but recognises that this may not happen in the near future.

“If governments won’t ban greyhound racing they must ensure that track safety is improved to reduce the number of deaths and injuries,” she said.

“That makes no sense – we don’t kill footballers when they break an ankle, yet that’s what they do to greyhounds.”