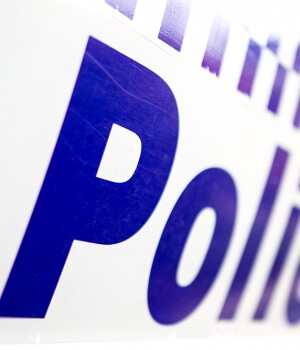 WA Police have found just 707 of Western Australia’s 36,000 domestic violence offenders caused more than half of the state’s incidents from 2010 to 2015.

The Felonious Few vs the Miscreant Many Report undertaken by the Institute of Criminology at the University of Cambridge was hoped to spur a change of thinking in response to domestic violence.

It found most of the remaining 98 per cent of offenders caused no physical injuries to their victims.

Recommendations included monthly updating of serious offenders, providing lists of them to police, reviewing prevention results and gathering data on their suicidal tendencies.

WA Police Deputy Commissioner Operations Stephen Brown said there were also some important findings about being able to predict the most serious offences.

“While most of the harm committed is usually the first reported offence, we now know prior suicide attempts or threats can be predictors for homicidal behaviour in some cases,” he said.

“This tells us more data sharing is required on mental health if we hope to save more lives.

“Real improvements will require cooperation from Government, the judiciary, mental health professionals and other agencies.

“While treating every family and domestic violence matter appropriately, we need to get the focus and balance right if we are serious about saving lives, preventing serious injury and reducing the number of victims.”

One of the south east’s biggest family and domestic violence support organisations Starick welcomed the report including recommendations targeting the repeat offenders.

However Starick chief executive Leanne Barron said it was important not to forget the ‘miscreant many’ who were also doing harm.

“There’s not that same risk of homicide or serious injury but nevertheless domestic violence isn’t just about the physical offence or a physically violent crime, it’s a bout a pattern of control,” she said.

“For those women living with those men who fit into that category those women still live with threat and fear and we still need to take that seriously.”

Ms Barron said while it was an aspect they also questioned how prominent mental health issues were in domestic violence incidents.

“One of the questions for us based on what women have told us is that these perpetrators do say, ‘if you leave me I’ll kill myself’ but its not so clear to us whether it is an actual definite threat of suicide or whether its just a mechanism of control,” she said.

To view the report visit police.wa.gov.au.