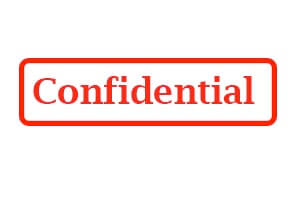 The Rivers Regional Council is seeking an undisclosed amount from the Shire of Serpentine Jarrahdale after officers mistakenly released confidential information on its website.

A proposed RRC tender document was released on the shire’s website in September last year.

At the RRC’s February 18 meeting a confidential item concerning the Shire of Serpentine Jarrahdale and allocation of costs was considered but deferred.

RRC chief executive Alex Sheridan said while he was unable to comment on a confidential item he confirmed ‘something had happened that shouldn’t have’ and the RRC was attempting to seek recompense for it.

Shire of Serpentine Jarrahdale chief executive Richard Gorbonow this week confirmed a confidential RRC proposed tender had been released by shire officers because they were unaware that it would be confidential.

“The information was posted inadvertently as an attachment to an agenda item for the 29 September 2015 ordinary council meeting,” he said.

“At the time of posting officers did not realise it was to be a confidential item.

“Upon notification that the agenda item was to be confidential, the shire immediately removed the information from its web page.”

The shire previously considered an RRC request for tender for the receipt and processing of waste for resource recovery as a confidential item at a special council meeting in July 2014.

Mr Gorbunow said the shire was unaware of any impact on the tender process as a result of the information’s release and had received no formal request from the RRC in regards to the matter.

“At this stage the shire can only speculate as the 18 February Rivers Regional Council meeting contained a confidential agenda item which the shire has no specific detail,” he said.

“Whilst minutes have not been released, the shire understands the item was resolved to be deferred to allow Rivers Regional Council and Shire of Serpentine Jarrahdale to discuss the matter.

“The shire hopes to be fully briefed at this meeting and expects a positive outcome to conclude the matter, as there is no evidence or negative effect have arisen.”

The next RRC meeting will be held in April.

The facility was expected to be built within the next three years in Kwinana.