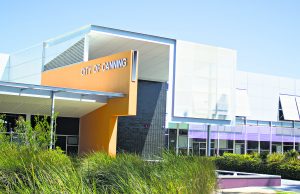 Councillors and community members in Canning are up in arms over an alleged incident that occurred during last week’s special council meeting.

On Monday, May 10, the City of Canning’s council gathered to discuss two important items – the CEO recruitment process and the city’s long-term financial plan 2017-2027.

It is alleged that, during a short break, the city’s chief executive officer, Arthur Kyron, engaged in a verbal altercation with councillor Tim Porter.

The incident allegedly occurred in the councillors’ lounge, in front of a number of other councillors.

One person, who did not wish to be identified, said they and several others saw the altercation take place.

The witness said they were concerned for Mr Porter’s well-being, both during and after the incident.

“The CEO was in his grill, well within Mr Porter’s comfort zone…it was also at a very elevated level,” he said.

“Mr Porter was very quiet; he was standing there and retorted a couple of times…he was struggling to get a word in edgeways.”

Speaking with The Examiner, Mr Porter said he felt “sick and betrayed” by the incident.

“This sort of behaviour is not appropriate anywhere,” he said.

“I have not had any previous issues with the CEO but I was one of the councillors that chose not to extend his contract so the relationship has not been great since.

“I have heard of him having run-ins with other elected members of council.

“I also do not know how I am supposed to perform my role as a councillor if I have to worry about the CEO any time I ask a question or make a statement he does not like.”

Following the alleged altercation, Mr Porter many of his fellow councillors reached out to him to provide support.

Responding to questions from The Examiner, Mr Kyron said he did not wish to comment on the matter.

“I will not comment on the conversation I had with Mr Porter, to do so would be unprofessional,” he said.

“This conversation happened outside of the Chamber and is not relevant to anyone else.”