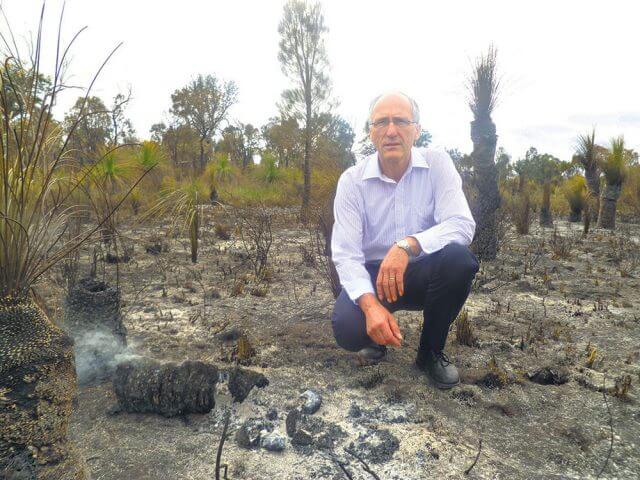 Langford-based Aboriginal elder Robert Isaacs is calling for Member for Southern River Peter Abetz to apologise over a speech he described as ‘offensive,’ ‘crap’ and a ‘slur against Aboriginal people’.

Mr Abetz made the speech during Senator Pat Dodson’s swearing in ceremony in parliament last week.

Professor Dodson was elected as a Western Australian senator last week, filling a casual vacancy caused by Joe Bullock, who resigned in March over his party’s support for same-sex marriage.

At the ceremony Mr Abetz said Prof Dodson would be unable to be a voice for the ‘traditional Aboriginal view of marriage’ between a man and a woman and would instead be forced to ‘toe the party line’ and support same sex marriage.

Premier Colin Barnett has since apologised to Prof Dodson for Mr Abetz’s words and was quoted as saying the speech was not appropriate and that it wasn’t the time or the place to debate gay marriage.

Mr Isaacs, who is last year’s Western Australian of the Year, said the Premier’s apology was not good enough and called on Mr Abetz to apologise to Prof Dodson in writing.

He said Mr Abetz’ speech was not relevant to the proceedings and had taken away from the importance of the occasion.

“There wasn’t meant to be a debate, it was just to recognise that someone – an Aboriginal man – was going to be a senator for Western Australia,” he said.

“I saw politicians walk out during and I walked out too and when someone asked me why I was leaving I said I can’t listen to this crap.

“He needs to apologise not the honourable Premier.”

Mr Isaacs said it was offensive for Mr Abetz to speak on behalf of Aboriginal people, particularly about their cultural beliefs.

“He’s in no position to talk about Aboriginal culture,” he said.

“As far as I’m concerned it was a slur, it was offensive and it was not relevant to the proceedings of parliament being called for that one day.

“A lot of Aboriginal people were very disgusted and they booed him.”

Mr Abetz defended the speech and said it was a ‘watershed moment’ that had to be commented on.

He said it was not often that senators resigned in the middle of their term and on the few occasions it had happened the process had been relatively straight forward.

“This particular one with Joe Bullock resigning is actually a watershed moment in that you’ve got a senator who’s been a lifelong member of the Labor Party and a union stalwart resigning from his position as a senator because the Labor Party has decreed that as of 2019 no Labor member of parliament will be able to vote according to their conscience on the same sex marriage issue,” he said.

“The reason we were in parliament was because of the decision of the Labor Party effectively forced out one of their own I think that’s a really significant, historic event and I believe that to have just pretended that it was all sweet and rosy like any other senate replacement would not have done justice to this historic event.”

When asked whether he would apologise Mr Abetz said he had spoken briefly to Prof Dodson, who had not taken offence.

“I accept that people have differing views on (the appropriateness of the speech) and history will decide whether it was appropriate or not,” he said.

Following the ceremony Prof Dodson was quoted as saying the speech had not detracted from the ceremony.

“You’d say it was bad taste but we live in a democracy,” he said

“It’s a parliament and people have got a right to say what they want to say.”