Rain did not slow the 82 runners who participated in Sunday’s Armadale half marathon and its two minor races of 10 and five kilometres.

The half marathon saw 64 runners conquer the treacherous uphill course, which at its highest peak was 280-metres above sea level with some gradients reaching 16 to 20 per cent.

Lark, from Beeliar, specialises in the half marathon distance and said the Armadale course was likely the toughest he had ever done.

“I really do enjoy the hills in the halfs but Armadale was tough, running non stop uphill,” he said.

“Getting 1:27:52 is seven minutes slower than my personal best this year so those hills definitely slow everyone down.

“It’s probably the most challenging course and coming in first was excellent, I couldn’t be happier.”

Women’s third placer Waite, from Upper Swan, agreed that the course was tough but said it was one of her favourite races.

“It was very scenic and pretty, which is always a nice distraction while racing,” she said.

“About halfway down the hill I realised I was on track to get sub two-hours and I also knew I was fourth female so it was a sprint finish to get third place.

“I was absolutely thrilled that my efforts paid off with a place and such a great time with only one minute off my personal best.”

Votes could be invalid

Mia moves to the beat

Students pay tribute to our heroes 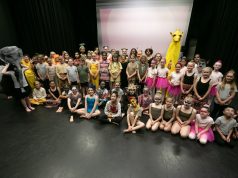 Students put on a roaring performance