Home Canning Road works blow out by nearly half a million 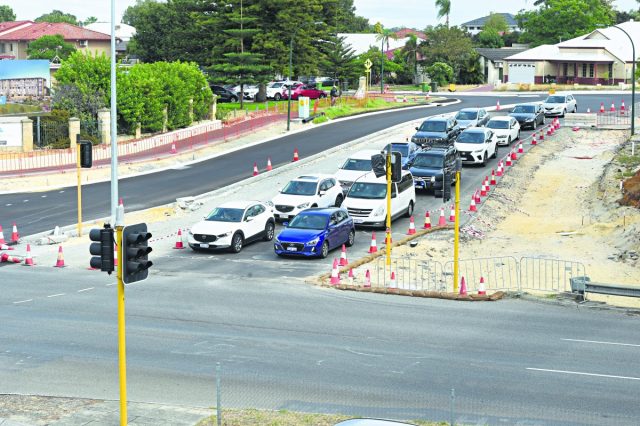 The City of Canning has confirmed the Webb Street/Leach Highway intersection works have run almost half-a-million dollars over budget but has also claimed the project is completed – despite work still to be undertaken by Main Roads.

The project, which started in December 2021 and was set to be completed by February 2022, has been plagued by problems, namely the discovery of an unmarked fibre-optic cable that was somehow not picked up by ground-piercing radar.

This cable was discovered in late February but was not lowered until April 22, as it was encased in a concrete protective structure that required Western Power and Main Roads WA approval.

“Identification of the cable ownership required time to resolve and once this was resolved, the engineered solution required the authorisation of the asset owner and Main Roads WA,” he said.

“This in turn caused further delays with respect to the project’s completion.”

Mr Hall also said the project was completed in late June, however final line-marking by Main Roads contractors may take a further two to three months to complete.

“To the city’s knowledge the City of Canning has received five written complaints with regard to the extended timeframe for the completion of works,” he said.