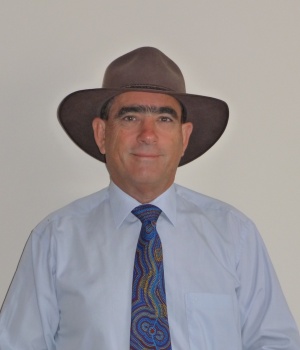 Mr Waugh, who has worked in a range of roles from volunteering to mining safety, said deaths and safety on the road were the main drivers that led him into politics.

“The thing that’s got me most upset is the deaths on the road through a failure to properly manage road safety and that’s in particular with speed cameras,” he said.

He said the road trauma account which speeding fines are placed into was just going to pay for more speed cameras and not actually helping road trauma victims.

“The money from fines goes into that account and it was set up to pay for road trauma,” he said.

“We’ve only just recently had a compulsory insurance component added onto motor vehicle registrations, which is ostensibly exactly the same thing.”

He said he wanted a complete overhaul of road rules.

“The designating of the speed limits is just a guessing game, there’s some broad principals followed in the guess but it is simply a guess,” he said.

“It is not something we should be focusing precise laws on.

“There needs to be a proper professional look at road rules rather than emotional rules.

“If you look at the speeding tickets that are issued there’s over 850,000 photographs taken each year now we’ve got something like 1.7million drivers in Perth so that’s something like one out of every two drivers every year gets pinged for speeding.

“Amongst those photos there aren’t any photos of crashes.

“So why are we prosecuting people who by police’s own photographs are proven to be safe drivers.”