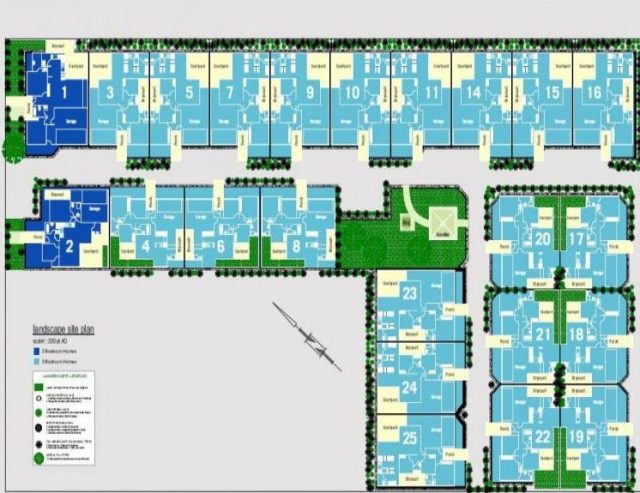 An easement on Lowanna Way, which is open to public access despite running through a private complex, has raised concerns for residents who said their children enjoy playing outside.
Imalka Silva lives in the complex and has said anyone can walk through the complex, which has led to problems.

“The major concerns of the residents are theft, speeding vehicles, use of common property including a barbecue and car parking by outsiders, traffic at all hours of the day, safety of children playing outside, cost of insurance and maintaining the laneway that is used by the public,” she said.

“There have been three incidents over the last two years that I know of, two involved security cameras being stolen and one involved a bicycle being stolen when the garage of one residence was open for a short time.

“There is a lot of vandalism taking place with graffiti popping up on meter boxes.”

The Strata Company who manages the complex created a solution to introduce a gate, which was declined by the City of Armadale.

According to the city’s CEO Joanne Abbiss, the easement that exists in Lowanna Way was a requirement of the Western Australian Planning Commission’s subdivision approvals and was created in July 2013.

“It is in place to allow for unobstructed vehicle, pedestrian and bicycle access,” she said.

“The proposed gate will restrict the rights of residents and the general public who wish to use the easement.”

“ The approved Waste Management Plan for the development requires bins to be placed internally,” she said.

“As the street frontage on Lowanna Way does not provide sufficient space to present all bins without them being placed in front of neighbouring properties.”
Ms Silva said the residents have been taking their bins up the easement to the road on collection days.

“There really is no point in having the easement,” she said.

Ms Silva believes the children are in danger of cars coming through the laneway.

“Children come out to play in the evenings and because the laneway is used as a through road by all and sundry, they are in danger of being run over,” Ms Silva said.

The council has proposed the strata company implement speed bumps instead of a gate.

“Given the easement states that there can be no obstruction, unfortunately the city is unable to support any requests to block off the thoroughfare,” Ms Abbiss said.

“The Strata Company could install speed humps or traffic calming devices within the common property area, and residents are encouraged to report vandalism to the Police who have the authority to deal with such behaviour.”

Ms Silva said the residents have decided to go ahead with installing speed humps as the first step towards resolving the issues.

“Speed humps will force traffic to slow down but will not resolve the other issues,” she said.