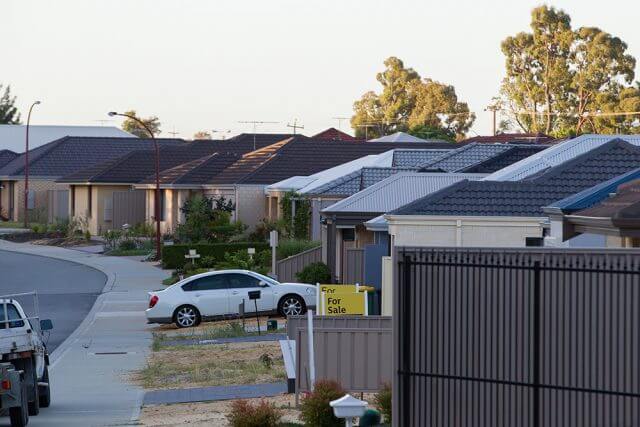 Suburbs across Perth’s south-east are reportedly experiencing some of the highest rates of housing stress in the state in the wake of the coronavirus (COVID-19) pandemic.

Earlier this week, national analytics company Seer Data & Analytics released a report on Australia’s most vulnerable suburbs when it comes to unemployment and the subsequent mortgage and rental stress – with more than 30 per cent of their household income being spent on mortgage or rent.

In WA, Byford ranked seventh for rates of mortgage stress, something believed to be affecting up to one-fifth of its 16,000 residents.

The figures were backed by census data, which revealed that almost one-quarter of home owners in the Byford area are currently working in industries considered vulnerable during the crisis, including hospitality, retail, the arts and recreation sector and construction.

Home owners are not the only ones feeling the pinch in Byford, with more than five per cent of those renting also experiencing financial hardship.

The situation was very much the same just 12 kilometres north, with Seville Grove ranking eighth in WA for rates of mortgage stress.

More than 16 per cent of households in the area are believed to be experiencing mortgage stress, with more than almost 25 per cent of the population working in vulnerable industries and occupations.

Though it did not make the state’s top 10, those residing in Armadale, Wungong and Brookdale were not immune – with as many as 17.4 per cent of renters experiencing rental stress and 25 per cent of residents working in vulnerable sectors.

Seer chief executive officer Kristi Mansfield said the COVID-19 crisis had seen communities become vulnerable that would not have been otherwise and that she hoped the data would assist government to respond.

Over the last month, all tiers of government have been working to support those across the state cope with the financial impact of the pandemic, including a suite of legislative changes – from financial assistance and eviction moratoriums to the freezing of household fees and charges at both a state and local level.

The City of Armadale council moved to freeze rates in late March, just days after Premier Mark McGowan appealed to the state’s local government body to urge local governments to place a freeze on rates, fees and charges.

The city also backed a move to investigate adopting a Hardship Policy to ease the financial pressure on local families.

While welcoming the relief packages for both tenants and landlords, Shelter WA chief executive officer Michelle Mackenzie said the private rental sector was already unaffordable for people on low incomes and raised concerns about the number of people at risk of homelessness in the wake of the crisis.