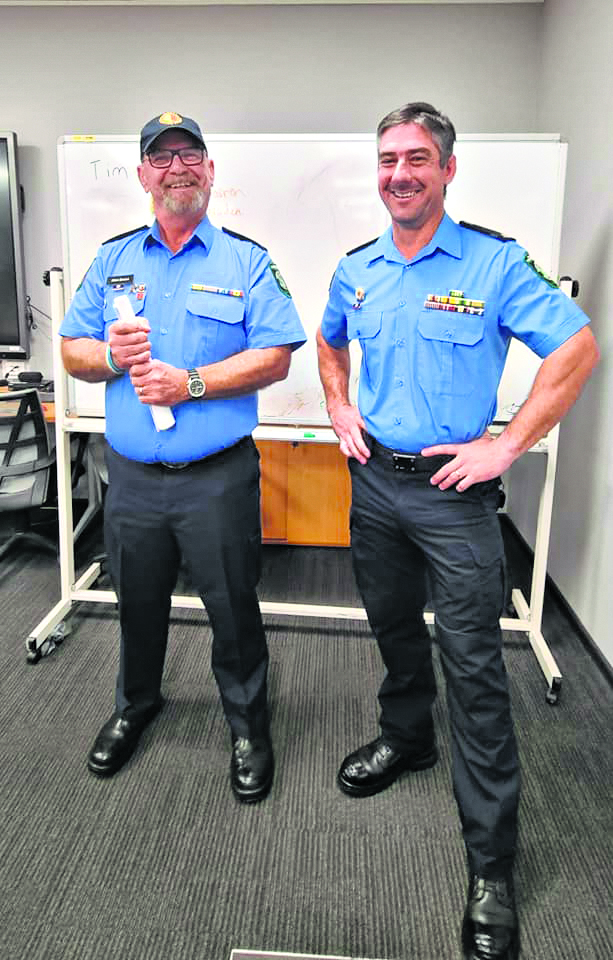 After his career as a soldier came to an end, Gareth Hemingway still wanted to serve his community in some way.

He found the Gosnells Volunteer Bushfire Brigade in November 2014, and at the Brigade’s AGM earlier this week, he was named the Brigade’s Firefighter of the year.

In a way, his four-and-a-half years in the army was the perfect preparation for the pressures of taking on what is still a very dangerous job.

“I spent four and a half years as a soldier before I joined the volunteer fire brigade, I know what it’s like to serve my country nationally and because I don’t do that anymore I decided I still wanted to do something for the community,” he said.

“I’ve had family members in the past who have been volley firefighters and it just seemed like a good thing to do, to keep in contact with similar values that I had in my previous job.

“You don’t do it for the recognition, it is an inherently dangerous job and I’m used to being in somewhat dangerous situations, so it seemed like a natural thing to want to do and I’m happy I do it.”

This year’s fire season was a tough one that took Gareth as far north as Carnarvon, down to Denmark and inland to Kojonup.

He said the highs and the lows of the job go hand in hand, but the mental fortitude he bult in the army helped him keep everything in perspective.

“Unfortunately, in this job it’s always someone else’s bad day,” he said.

“So that’s inherently a low but to help out is a highlight for us, we’re able to provide assistance any way we can to try and mitigate a disaster, and if not try and get on top of a fire wherever it may be.

“I was in a situation where we had to rescue a few firefighters from a burn-over, I’ve also been involved in helping a fellow firefighter out when there was a vehicle roll-over, so there’s low parts when you see the dangers but when you can assist and there are no major casualties, that’s a highlight.

“I think from being in the army, you’ve got a different mindset, you get trained very well and when you leave you retain that mindset, mentally and physically you’re prepared and I think a military background has helped.

“You understand the risks and threats and you get on with the mission accordingly.”

“We’ve got a very strong volunteer base and Gareth, last year alone, racked up somewhere in the region of 300 active hours.

“He’s a credit to the dedication of our local volunteers.”