Home Armadale Drive all about dignity

Residents in the southeast metro region have been asked to support those in need by donating to Share the Dignity’s second sanitary drive.

The campaign, which began on August 1 and will run until the end of the month, aims to assist those women who cannot afford to buy sanitary products.

Share the Dignity is looking for help in WA for the collection of sanitary items for the more than 85,000 women across the country who are unable to afford pads or tampons.

Some of the key groups, which have been recognised as being unable to purchase sanitary items, include homeless women, women in domestic violence shelters and those living below the poverty line.

They have been known to improvise using paper towels, newspapers, socks and even dried leaves, which Share the Dignity, has described as unacceptable and unhygienic in modern day Australia.

Share the Dignity founder Rochelle Courtenay said access to sanitary items has been declared a human right by the United Nations.

“Yet, we know that in Australia there are thousands of women and girls who don’t have access to pads, tampons, menstrual cups or period-proof underwear,” she said.

“Machine locations have been carefully considered with installations underway in low socioeconomic areas throughout Australia and placement in schools is a priority as research has shown that pupils are skipping school because they can’t afford or access basic sanitary products.”

Ms Courtenay said discreet placement of the vending machines would help remove the stigma and embarrassment of having to asking for sanitary products and help girls to attend school when menstruating.

Organisations or individuals interested in sponsoring a Dignity vending machine or period packs can email dvm@sharethedignity.com.au 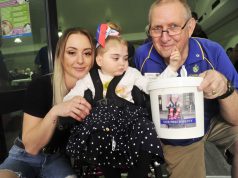 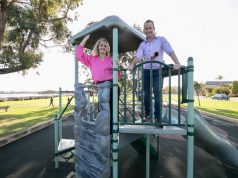