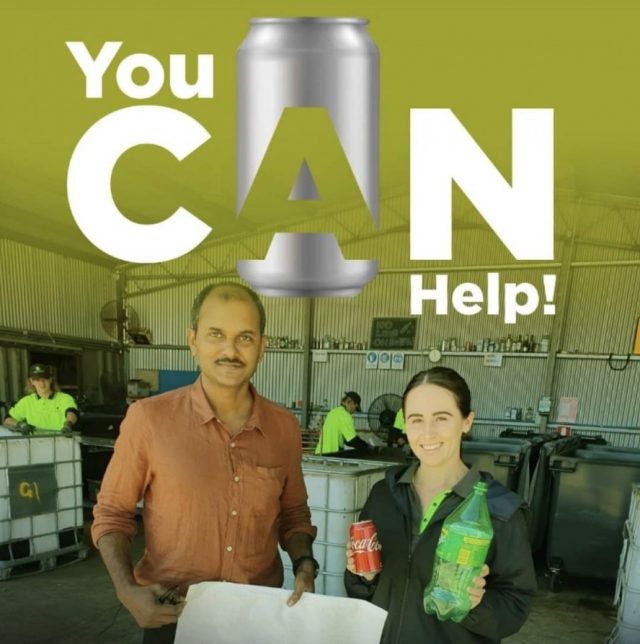 The Lord Mayor’s Distress Relief Fund was opened for the second time this year to raise money for victims of Tropical Cyclone Seroja, with one local councillor collecting cans to assist in fundraising.

City of Armadale Councillor Shanavas Peter is collecting containers from individual, sports and community events to promote the project.

More than 20,000 residents were left without power and homes were destroyed when the cyclone hit Western Australia on Sunday April 11.

The storm was classified as category three when it hit land bringing gusts of up to 170kmh.

A total of 170 homes and businesses were totally destroyed or severely damaged by Tropical Cyclone Seroja, with the repair costs expected to reach up to $200M.

“You can help the affected people by donating containers,” Mr Peter said.

“The Lord Mayor’s Distress Relief Fund scheme ID for Tropical Cyclone Seroja, allows you to easily show your support and turn your containers into a cash donation for people in need.”

Residents are urged to head to their local refund point and use the Lord Mayor’s Distress Relief Fund’s scheme ID: C10414519 when they return their containers.

All funds raised will be going straight to the Lord Mayor’s Distress Relief Fund, which will provide direct financial assistance to families and individuals affected by the cyclone.

Mr Peter is collecting containers for those who need help to donate, and in conjunction with Down Under Recycling will deliver bins to events depending on availability.

“Down Under Recycling will deliver the bin, and they will pick it up at the end of the event, but this depends on the availability,” he said.

“Anyone who needs help to donate containers can call, message or email me.”

Mr Peter can be contacted via 0411209089 or emailed at peter.shanavas@gmail.com.