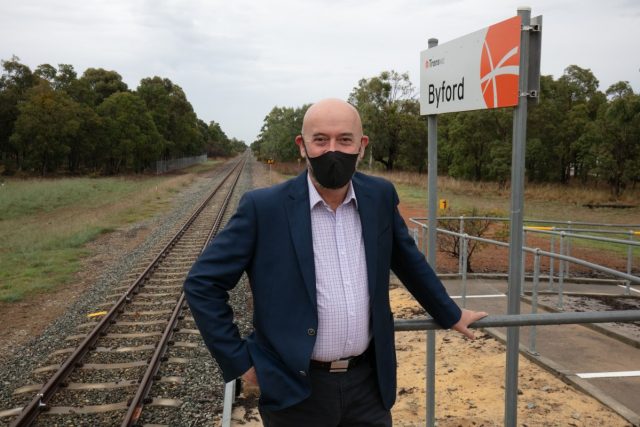 The federal government has included an infrastructure investment in the federal budget to fund Western Australia’s major new projects, including the Byford Rail Extension.

The MERTONET project will receive a $347.5 million boost to funding, $110 million of which is allocated to the Byford Rail Extension, which the Labor Party was heavily campaigning for during the state election earlier this year.

Mr Jones said the state government welcomes the announcement, which will assist in boosting the major infrastructure works already underway.

“There are currently nine METRONET projects under construction, as well as more than 50 major road projects,” he said.

“The State Government is building major infrastructure needed for the future as well as creating local jobs for the present.”

The funding will go towards enhancing the METRONET Byford Rail Extension project, including new grade separated rail crossing at Armadale Road and an elevated station at Armadale.

Federal, State and Local governments are excited for the boost the elevated station will bring to Armadale’s city centre.

City of Armadale Mayor Ruth Butterfield said the city is grateful $110 million in additional funding has been allocated to the Byford rail extension.

“This is a really great example of all tiers of government working together to deliver transformational change,” she said.

“While elevated rail is not common in Perth, projects in Victoria and elsewhere have successfully created interesting and versatile new public spaces for the community.

“This announcement brings a pivotal opportunity for us to strengthen Armadale’s function as a Strategic Metropolitan City Centre, with strong transport links to other parts of Perth.”

Member for Armadale Dr Tony Buti said he is very pleased with the announcement.

“I am pleased that congestion will be addressed with the grade separation at Armadale, and with the potential improvements around the Armadale Station,” he said. 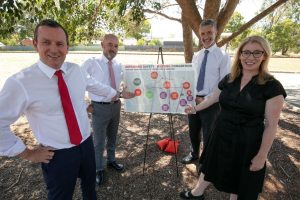 Federal Member for Burt Matt Keogh, was also excited for the possibilities the raised station and grade separation rail crossing would bring to Armadale.

“The raising of the rail through Armadale is a fantastic win for our community,” he said.

“The raising of the rail is a great opportunity to rejuvenate the Armadale town centre and I’m so happy that funding has now been secured for this vital project.

“It’s projects like this, that will help keep building a better Burt.”

West Australian Transport Minister Rita Saffioti said the funding would ensure there is a pipeline of work for industry over the next five to six years.

“Not only does this mean we have a plan for future works, it also provides industry with certainty, which will encourage and create more local jobs, apprenticeships and training opportunities,” she said.