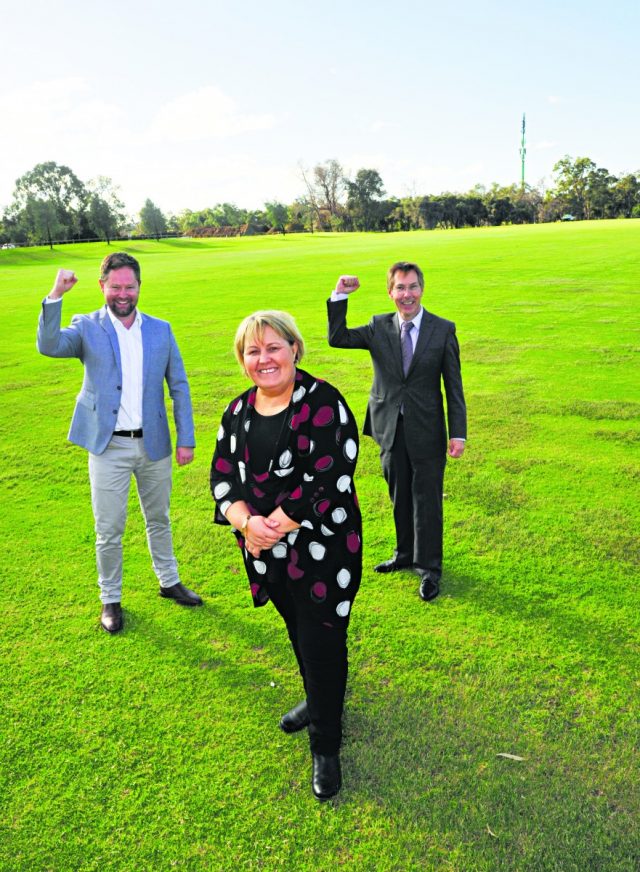 A modest rate-rise and big-ticket items in the pipeline has City of Gosnells Mayor Terresa Lynes excited about the city’s budget, approved unanimously at a special council meeting on Tuesday night.

This is not enough to stifle Cr Lynes enthusiasm for a $35 million dollar capital works program.

The first cab off the rank will be a $10 million dollar commitment to the redevelopment of Sutherland Park, with an aquatic centre and indoor basketball courts planned for the 30-hectare site.

“We’ll still be going out to public consultation on all of this but we are starting to budget for it, which is a fantastic outcome,” she said.

“Pools can be a money pit but they are also needed by the community.

“By us getting the ball rolling, by saying we’re very serious, we’ve set up a reserve for this, we want this to happen for our community, that’s an important first step.

“It will be a few years away, especially now that the construction industry is in such high demand, it’s going to be difficult to find anyone to actually build it so it’s probably five or so years away.”

If you’re a local resident who dreams of tip passes you may also be in luck, with planning to begin on the development of a community waste transfer and recycle facility, which, Cr Lynes believes, could see the introduction of tip passes within the city.

However, it is not all positive.

The mayor confirmed that the state of the construction industry may see some projects delayed, and there will be no funding for the Lissiman Street Improvement Project in 2022/23.

“There’s no money in the budget for Lissiman Street, we’ve been unable to find anyone to enter into a joint venture with us, so we’re going to put that on hold for the moment.

“We don’t want to spend more money doing a construction project there than we have to, the prices of building and construction being so high, it’s not feasible to do anything with it was this stage.

“We’ll grass it so it looks better and go from there.

“There is the potential for the building and construction industry conditions to impact other projects.

“We got a $4 million commitment for the Langford Indoor Netball Centre, and construction costs could have some impact on the final price of that.

“It may not impact on the cost but possibly the time waiting for it to be constructed.”

Other major projects funded include the Warton Road duplication, the redevelopment of Mary Carroll Park and the provision of more all-abilities playgrounds.