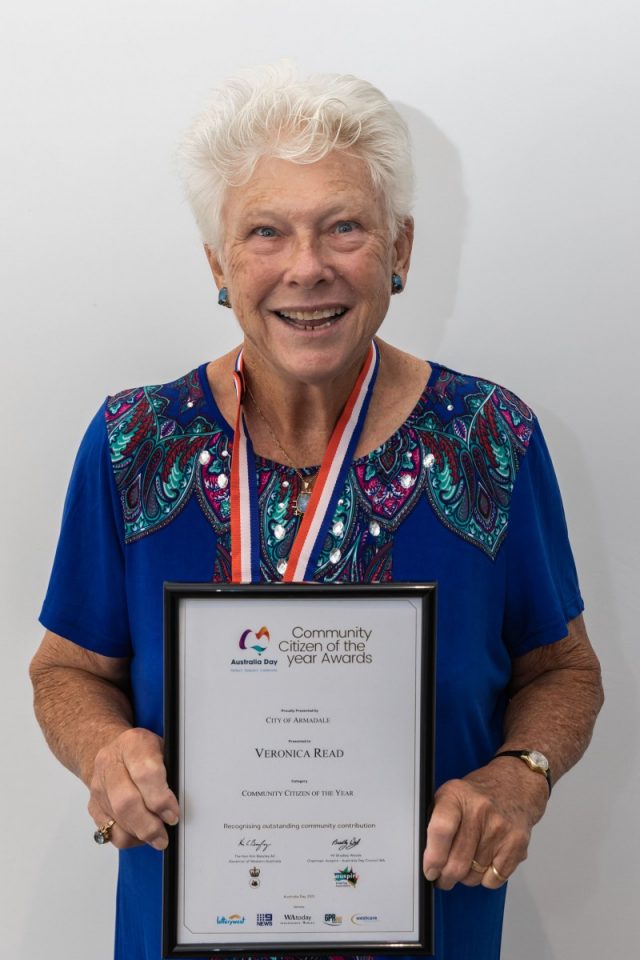 Improving literacy in the local community for the past 13 years has seen Veronica Read receive the Community Citizen of the Year award for her efforts.

January 26 saw Mrs Read share the Community Citizen of the Year award with Bree Hartley as the claim for top spot was tied.

Since 2008 Mrs Read has volunteered with the Read Write Now program, which improves literacy in adults who have left school and have inadequate literacy for everyday life.

Mrs Read said volunteers with the Read Write Now program work one-on-one with adults to improve their literacy in specified areas for each individual.

“Whatever they need to learn, we help them,” she said.

“That can be anything from teaching them the alphabet to helping them to get into a TAFE course. They may have very basic literacy but not enough to get into TAFE to study whatever they want to do.”

Mrs Read had six or seven students across two years when she began volunteering with Read Write Now before she became the program coordinator.

“Through that role we interview prospective volunteers and prospective students for the program,” she said.

“After we interview them we try to match them with suitable people, for example if you have a tutor who enjoys cooking and a student who also enjoys cooking then we would match them together. That way they can begin by learning to read and write recipes.”

Receiving the Community Citizen of the Year award was overwhelming for Mrs Read.

“They asked the nominees to stand up and when I was looking around I thought that I didn’t stand a chance with how many people were standing. So when I was called it was overwhelming and unexpected,” she said.

“It was humbling too because I know on an individual basis we help people a lot but I just would not have expected it compared to a lot of what the other people do.”

City of Armadale Mayor Ruth Butterfield said the city was pleased to recognise Mrs Read’s achievements, years of dedication and volunteering in the community.

“As the long term Read Right Now program group coordinator for the Armadale region, Veronica has shown that she can relate to a diverse range of people, make them feel at ease and help them to rebuild confidence in their abilities,” Mayor Butterfield said.

“This award is fitting recognition for her valuable contributions to our community.”