After a three-year battle a Martin resident has won his fight against the Shire of Serpentine Jarrahdale.

On November 22 at the Armadale Magistrates Court Rodney Croft was cleared of the charge that he used land without planning consent required by the Serpentine Jarrahdale Town Planning Scheme when he was operating the Jarrahdale Saw Mill.

Although Mr Croft said his faith in the justice system has been restored the loss of his saw mill business had cost him millions of dollars in contracts.

“This should never have happened,” he said.

“I asked the shire a number of times if we could just sort it out like gentlemen but they dragged it through court so I went with it.

“I didn’t want to give up even though I was running out of money because I knew I was right.”

Mr Croft said although the judge ordered the shire to cover legal costs of the proceedings he would be seeking compensation from them.

“I’ve tried to set up an appointment with the CEO,” he said.

“I haven’t heard anything back from them.”

Mr Croft said he would be interested to see if common sense prevailed and if the shire would take responsibility for its actions.

“This court case has taken its toll on me and my family,” he said.

Examiner Newspapers contacted the Shire of Serpentine Jarrahdale but it did not comment before deadline.

It was not known if the shire regretted the legal battle with Mr Croft or if the shire will compensate him for his losses.

Service to go ahead 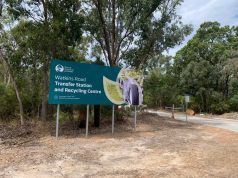 Station to open on Sunday

Breaking out in colour