Home Events Residents boogie on down

Thousands of homes within the City of Gosnells time travelled to the 1980s as a disco truck brought a memorable era right to people’s driveways.

The city’s Driveway Disco event brought fun, music and 80s fashion to more than 50 streets while enjoying some socially-distanced dancing with neighbours during the livestreamed event.

Gosnells resident Steve Swallow said the driveway disco was a complete hit in his street.

“The driveway disco was an amazing event,” he said.

“We had made it a whole day street party and it was fantastic that everyone in our street was involved, especially during these current times.

“Our children thoroughly enjoyed the event and loved dancing the night away with all our neighbours.”

Mayor David Goode said it was wonderful to see many residents getting into the disco spirit and having fun with their families and neighbours.

“We were delighted to bring entertainment and excitement to the homes of our residents in a safe way, during these challenging times,” he said.

“The disco truck visited thousands of homes across almost all of the city’s suburbs, which included streets nominated by residents and some surprise visits.

It was also a memorable night for Kenwick couple Dianne and Lindsay Nilson who celebrated their 50th wedding anniversary, with a visit from the disco truck and a spot of boogieing and singing along to some of the mobile DJ’s best 80s hits.

For any upcoming events visit the city’s Home But Not Alone social media.

Popular cancer fundraiser to go ahead next week

‘It was a huge relief’

MP’s Canberra speech a ‘thank you’ to locals

‘The best job I have ever had’ 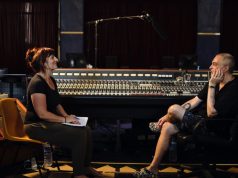