Home Armadale No slowing down for top paddler

A traffic accident four years ago dramatically changed Mark Daniels life, but didn’t take away from his thirst for sporting success.

Daniels was t-boned while on his motorbike in Port Kennedy in December 2015, just three days after returning from a deployment with the Royal Australian Navy.

Since the accident, Daniels has taken on all of life’s challenges with gusto, especially on the water where he found his next love of paddling after meeting with paralympic champion paddler Curtis McGrath.

Daniels currently trains five days a week, starting every morning at 5.30am.

“I have competed at a few state sprint regattas and the national sprint championships at Champion Lakes, where I achieved silver in the 500 metre race and bronze in the 200 metre race,” he said.

“I have cut back on the sprint training and started focusing a lot more on the technique side of things.

“I will be heading over to the Gold Coast for some training camps with the Australian team with the goal of qualifying for future paralympics and world championships.”

Daniels’ current focus is on this year’s HBF Run for a Reason this month and the Department of Defence Warrior Games in Florida in June, which are designed to introduce wounded, ill and injured service members and veterans to paralympic-style sports.

He also has his eyes on the prize to compete in the 2019 OCR Enduro World Championships in Sydney, Noosa Triathlon and the Gold Coast Half Marathon, just to name a few. 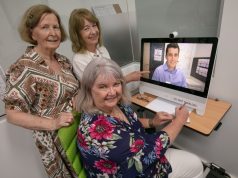 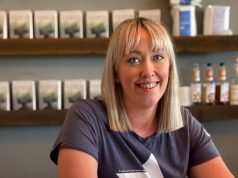