Home In the news Jarrahdale Road upgrade in doubt, despite petition 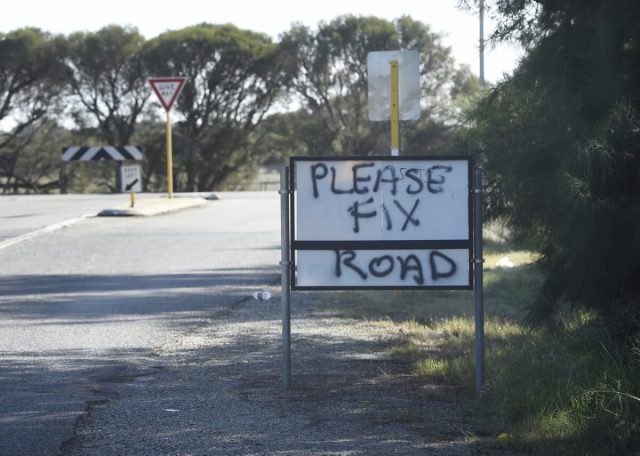 Despite more than 130 signatures, Shire of Serpentine Jarrahdale officers have recommended the council refuse the community’s request for urgent upgrades to the town’s major arterial route.

In April, the council accepted a petition calling for a 2.6-kilometre stretch of Jarrahdale Road to be upgraded; with signatories claiming that the condition of the road had made it unsafe and loose stones were causing damage to vehicles.

In 2019, the shire undertook $927,000 worth of repairs to the road between Jubb Road and Nettleton Road, resurfacing the road, clearing vegetation; undertaking drainage works, reconstructing the existing pavement and installing safety barriers.

The project commenced in January 2019, with the first chip seal layer applied in April and a second applied in late November.

But some residents have argued that it was done to a ‘poor standard’ and has actually worsened the condition of the road, with uneven sections and potholes causing damage to vehicles, windscreens and paint work.

The shire confirmed it had received several claims for damage to vehicles directly relating to the works, all of which had since been forwarded to its insurer.

A month after the petition was presented to the council, the shire engaged an independent consultant to conduct a road safety audit.

Though the audit recommended the installation of additional safety barriers, it did not identify any road safety issues linked to last year’s rehabilitation works.

Shire officers have recommended that the council do not support the petitioner’s request, advising that fulfilling the request would cost the shire more than $490,000.

A decision is expected to be made during the council meeting next Monday, June 15.