Home Breaking news “It is about the safety of our kids” 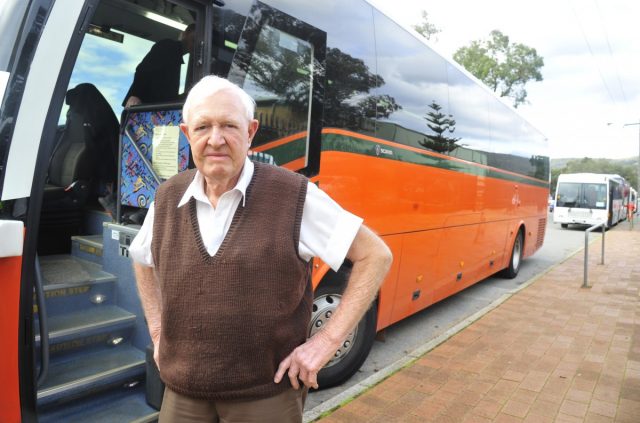 Families in Jarrahdale are calling out for help as they are at risk of losing their Orange School Bus.

The bus provides an essential service for students to be driven from Jarrahdale directly to their schools down the scarp.

Earlier this month letters from Transperth started arriving in mailboxes of Jarrahdale residents who currently use the school bus.

Transperth is now including Jarrahdale within the boundary where the public transport system operates, meaning that the free bus service will no longer be running.

The company that runs the bus service has been the contractor for more than 30 years.

There are numerous stops around town with shelters, meaning it is just a short walk away for everyone.

There are several buses that transport up to 100 students to three different schools and two bus drivers sharing the daily run to Byford Secondary College are both residents of Jarrahdale.

The current bus drivers know the children by name, have the contact details for all of the parents in case of emergency and have been known to phone parents to check if they need to wait a few extra minutes for a late child.

The bus has seat belts and the drivers go out of their way to make sure the students are all wearing one, which is particularly important due to the need to drive on high-speed roads.

The bus drivers are aware of and sympathetic to students with individual needs. Families in Jarrahdale feel that knowledge will be lost on a public transport system, and small gestures to allow a student to feel safe and secure in a set routine will no longer be offered.

Lost items accidentally left on buses are returned to the students and the bus drivers have first aid training.

The current buses are designed for country roads and the drivers are experienced with that style of driving.

Jane Scott, spokesperson for the Jarrahdale parents who have been impacted, is confused about the decision.

“There has been no consultation with the community,” Ms Scott said.

“Some people have not received the letter, and the bus drivers did not know about the changes until they saw conversations pop up on the internet.”

“It is not about the cost of the Transperth service, it is about the safety of our kids.

“The Jarrahdale bus has to drive on high-speed roads and our current service is a safe and friendly environment for them, some as young as five years old.

“But with up to 100 students of all ages now needing to get to three different schools on the one Transperth service, families will feel less secure, and it is certainly less convenient.”

“While the extension of the Perth Public Transport Area boundary into Jarrahdale will mean better and more reliable access to public transport for the whole local community, I understand that this has caused concern to some parents,” he said.

“In response to the feedback I have received, the Minister has asked the PTA to extend the transition period so that local parents have more time to prepare for this change and to have more targeted consultation.

“These changes will no longer take place in Term Three and will instead come into effect at the commencement of the 2022 school year.”

Residents feel whilst this alleviates some immediate stress, the solution is only temporary.