Gosnells City welcomed Joondalup City for round three of the All Flags State League Division One game.

Held at the Walter Padbury Reserve on Saturday kick off was at 3pm and saw an exciting first half with both teams attacking fiercely.

Although Gosnells City were able to penetrate Joondalup’s defences on multiple occasions creating opportunities to score, they seemed to lack the confidence to take the shot prompting the spectators to shout, ‘hit it,’ on more than one occasion.

Every time it looked as if Gosnells were going to score Joondalup were there to stop them.

The first half saw both sides playing to the best of their abilities making it a fast paced and exciting match, with numerous near goals and spectacular saves drawing shouts of exhilaration and exasperation from the crowds.

However, even though the score was 0-0 by half time the highlight of the first half wasn’t the action on the pitch.

Instead, the football was kicked into the crowd and as the ball was thrown back onto the field it made contact with the Joondalup City coach’s head resulting in loud cheers.

Although Gosnells City tried to equalise they weren’t able to, conceding a second goal to Joondalup’s centre midfield Luke Wilson.

The rest of the second half saw Gosnells fight hard but they were unable to change the outcome and Gosnells player Sam McCraken received a yellow card, which prompted expletives thrown at the referee. The final score was two nil to Joondalup.

In another incident, a toddler managed to fit herself through the bars of the barricade, which separate the crowds from the field, and run onto the pitch during the game prompting the ground marshal to run after her and carry her back to her mother.

Joondalup City coach Garry Kalaher said his team weathered the storm in the first half.

“I made a couple of changes for the second half which worked,” he said.

“Fortunately we got the first goal and consolidated from there and managed to keep the ball a lot better in the second half.

Mr Kalaher said it took the sting out of Gosnells as they tried to push for an equaliser.

“I’m delighted for our young players.

“We are a very young team with the average age around 21 and delighted to get out first point of the season.”

Gosnells City coach Alan Dunlop said he thought his team started well but they didn’t take their chances early on.

“We had a good chat in the second half on how to create more chances,” he said.

“But they defended well and sat in deep.”

Mr Dunlop said he was disappointed with the result because it was a win-able game.

“That’s football, you win and loose.”

Mr Dunlop said the team would get back into training and work hard and remain positive. 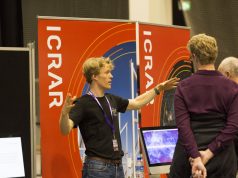