Home Armadale From prison to success – local rapper is FiveEightz of the way... 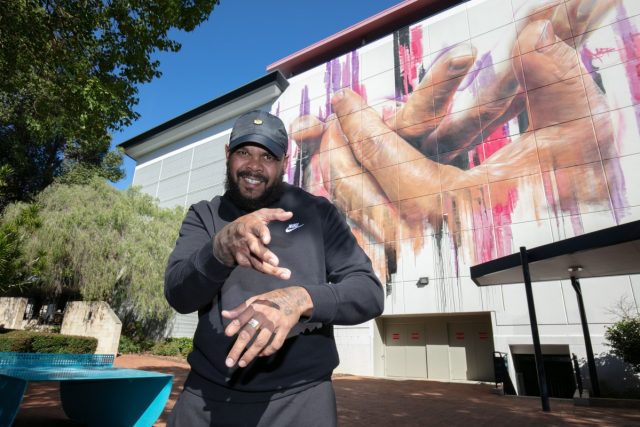 Local Travis Ugle is making a name for himself around Armadale, as the next up and coming rapper.

Mr Ugle, who goes by the moniker FiveEightz, was in and out of incarceration for a lot of his life, he found music as a way to escape his cell and put his experiences into words.

“I started making music in my cell, it gets very boring (in the cell) because I got locked up for 13 hours a day in the cell,” he said.

According to Mr Ugle, he started sharing his music so he could tell his story and hopes that it could change another kids life.

“I really want to share my experiences and I hope that even just one kid gets something out of what I’m sharing.”

After finding music to be a driving force, Mr Ugle decided to turn his life around and hopes his music can inspire other kids that had a similar upbringing to do the same.

“A lot of the time these kids who are stealing and breaking into homes feel they have no other choice,” he said.

“They want to belong somewhere, they want to feel like they have a family and so they commit these crimes to fit in with the group.”

Mr Ugle draws on the emotions and experiences of his ancestors and first nations people to write his lyrics.

“Most young people these days still don’t know the history of what happened in Australia,” he said.

He is currently working on a new project that will be filmed in Armadale later this year.

He played his first gig in February at Jack Rabbit Slims in Perth and has another gig on June 26 at the same club.