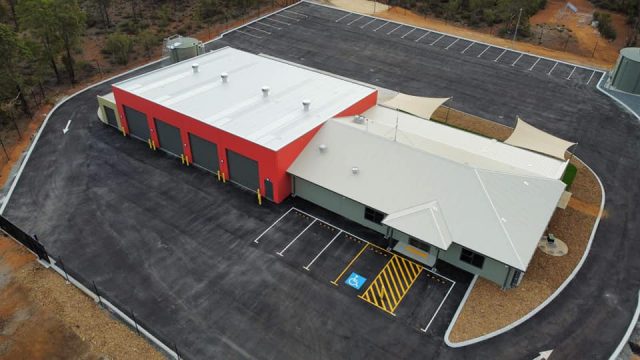 The Bedfordale Volunteer Bushfire Brigade officially has a new home, after the City of Armadale handed over the keys to the new facility on Admiral Road in Bedfordale.

The $1.7 million purpose-built building is designed to better facilitate the brigade’s growing membership base and is well-equipped to help with major incidents.

The facility was funded by the City of Armadale, the Department of Fire and Emergency Services, who contributed a total of  $372,000 from the Levy Grant Scheme and the Bedfordale Volunteer Bushfire Brigade, who committed $54,400, to fund the facility.

Mayor Ruth Butterfield said firefighting volunteers have such an important role in protecting the community, and it is critical that they have the resources they need to do the job.

“This new facility will meet the operational demands of the Bedfordale Volunteer Bushfire Brigade for the years to come,” she said.

“We are lucky to have such dedicated volunteers looking out for the safety of our community.

“As expected, this world class facility has been extremely well received by every member.

Bedfordale Volunteer Bushfire Brigade President Tony Ives said the brigade was grateful to the City of Armadale and the Department of Fire and Emergency Services for turning their dream into reality.

“This is a project that has been in the pipeline for over 10 years, so it is all the more rewarding to eventually have it delivered,” he said.

“We experienced our very first emergency call out yesterday and the difference this facility has made to our operational capacity is significant.

“We look forward to welcoming our supportive community through the doors in the coming weeks when we have made it home.”

The City of Armadale will hold an official opening for the Bedfordale Volunteer Bushfire Brigade on Friday 28 May.