Home Entertainment Arnie’s back in 3D

If you are a fan of the Terminator movies then I will simply say that seeing Terminator 2 in 3D is a must.

Viewing this restored version is like seeing the movie for the first time, or should I say seeing it in a totally different light.

I can still remember going to see Terminator 2: Judgement Day at the local cinema with a group of friends back in 1991 and while I thought it was ok, like many people, I didn’t think it was a patch on the first Terminator.

Watching it now, in a fully restored 4K version with amazing 3D visuals on the big screen, was like watching an entirely different film.

The sound quality has also vastly improved due to advances in technology and there is greater depth and impact of sound on a 7.1 digital surround sound system.

This is James Cameron’s second foray into the 3D world, having previously released Titanic in 3D.

His production company Lightstorm oversaw the Terminator restoration and by all accounts they are currently working on an Avatar sequel.

The restoration and 3D visuals took a year to complete and were finished off at Technicolor Hollywood, still under the supervision of James Cameron himself.

The end result was well worth the wait.

From the opening sequence where we are launched into the future, as the war of humans against machines is raging, the changes to the film jump out and hit you in the face from the get go – literally.

The stunts, explosions and special effects are spectacularly enhanced throughout the film and even in some of the slower parts of the movie you feel as if you are in the same room as the characters.

Terminator 2: Judgement Day in 3D opens in cinemas on August 24 and will be screening for one week only, then it’s hasta la vista baby. 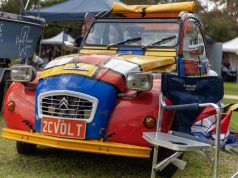 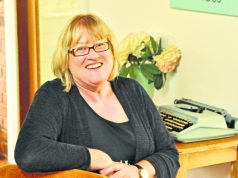 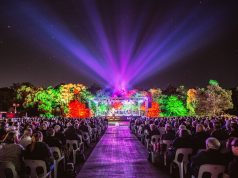 Ready for a night of nights