Home In the news Anger over plastics workshop vote 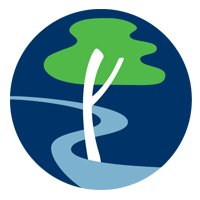 More than a dozen residents stormed out of this week’s shire meeting disappointed over the Serpentine Jarrahdale council’s decision about a proposed plastics production workshop and warehouse for Cardup.

The council voted six to three in support of an amended motion to approve the application, which is subject to more than 20 conditions to be met by the applicant Wormall Group Pty Ltd.

The shire received the application for the proposed plastics workshop on October 16, 2018.

Updated plans, including technical reports relating to noise, odour and emissions, were submitted by the applicant on a further four occasions in December 2017, and January and March 2018.

Many residents within the Serpentine Jarrahdale region were up in arms about the proposal from the beginning with the shire receiving a total of 81 submissions objecting to the proposal.

Several concerned Cardup residents spoke at council, with Karina Baker delivering a teary deputation that received a round of applause from the public gallery.

Ms Baker said residents of the Cardup and nearby Byford community were sold a ‘fairy tale’ when moving to the region, believing they would never see a plastics manufacturing plant enter the area.

Three councillors echoed the residents’ concerns with councillor Bill Denholm speaking against the motion and questioning whether there was somewhere else in the shire more suitable for the plant.

Councillors Dave Atwell, Rob Coales and shire president Michelle Rich spoke for the motion, although admitting they did feel empathy and understand the feelings of the community.

Mr Coales said if council didn’t approve the application the matter would go to the State Administrative Tribunal, which would cost the ratepayers tens of thousands of dollars in legal fees.

“We have seen in the past that disasters unfold when you have no regulation or compliance by the state government or the shire,” he said.

“If this industrial precinct unfolds as it has started to it is going to have untold impacts on the community.”