It has taken the City of Canning more than three months to solve an extreme case of hoarding at a property in Ferndale, which is disrupting local residents in the area.

A local resident who lives nearby the property in Ferndale said it all started in late December when a new family moved into the area causing various issues for the community, including hoarding, cars speeding and unreasonable noise in the middle of the night.

It is understood that the antisocial behaviour and hooning during the night is generating the noise.

On February 28, a formal complaint was passed onto the City of Canning’s senior compliance ofﬁcer who then gave 28-days from March 4 for the tenants to remove items from the front of the house.

However, by March 31 nothing had been cleaned and a new pile of items were stacked on the council verge.

It is understood the owner carried out an inspection in December and he was told the items at the front of the house were temporary.

A second clean-up order was given on April 22 and the tenants were given an extra 35- days to remove the items before council and city ofﬁcers inspected the residence.

The tenant said they would remove the items over the Easter long weekend but never complied and local residents continued to demand an explanation from the city.

After almost three and a half months since the initial complaint, neighbours have registered a noise and hooning complaint from the same property.

If applicable section 140 may be applied if the owner is non-compliant and local government can do the works speciﬁed and recover costs from the owner. 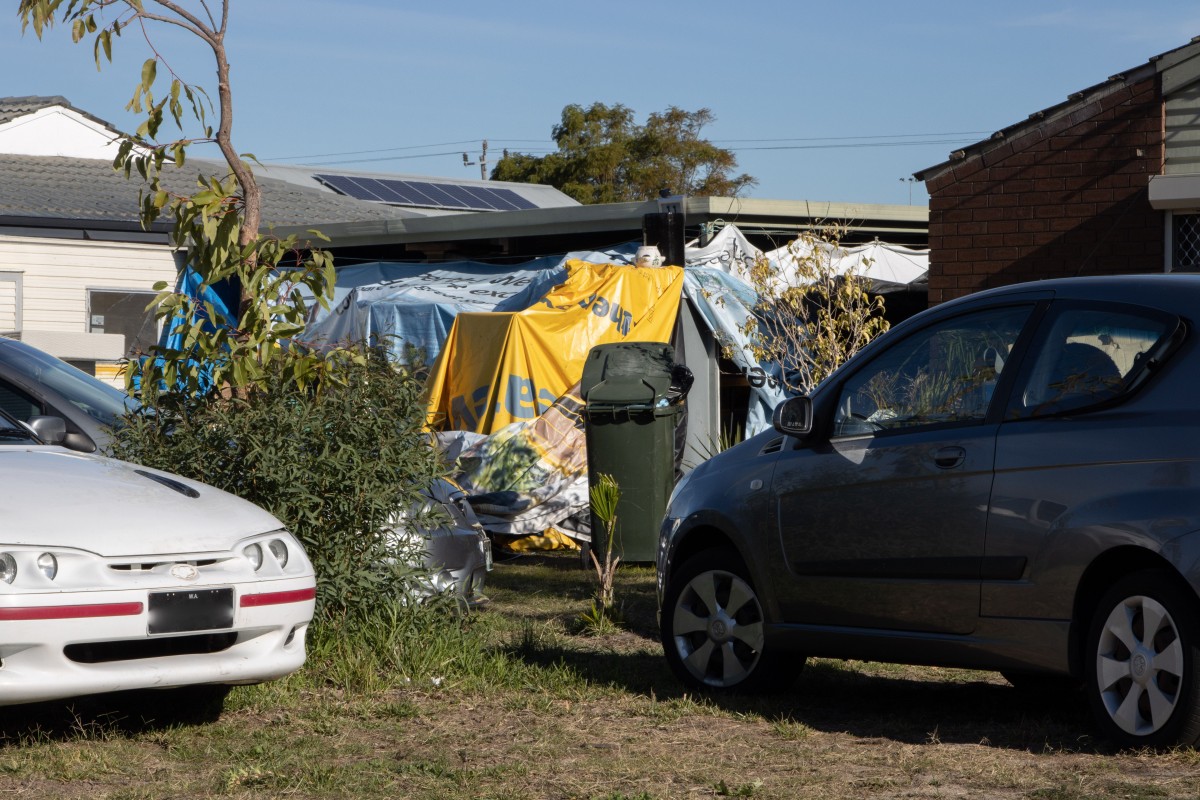 One local resident, who wished to remain anonymous and who has lived in Ferndale for more than 20 years with her husband, said the matter has been ongoing for some time.

“From the ﬁve months these people have lived in the area, it has taken the city more than three months to solve the issue,” she said.

“The neighbours living beside this property are living an absolute life of hell.

“They are prepared to move out.

“Here in Ferndale everybody knows everybody, we are a very close community and most of us have lived here from the beginning.

“These people moved in and brought their junk with them and kept piling more.”

City of Canning chief executive Arthur Kyron said the ﬁrst complaint was raised in February and since then the city has been liaising with the occupant and owner to have materials removed.

“We have issued a Notice under the Local Government Act 1995, to remove all materials from the front of the property,” he said.

“A follow up inspection is scheduled to occur this morning (June 9), failure to comply with the city’s notice may result in enforcement action.”

The Examiner understands police and a city ofﬁcer attended the residence on June 9.

At the time of print all items remain on the council verge.