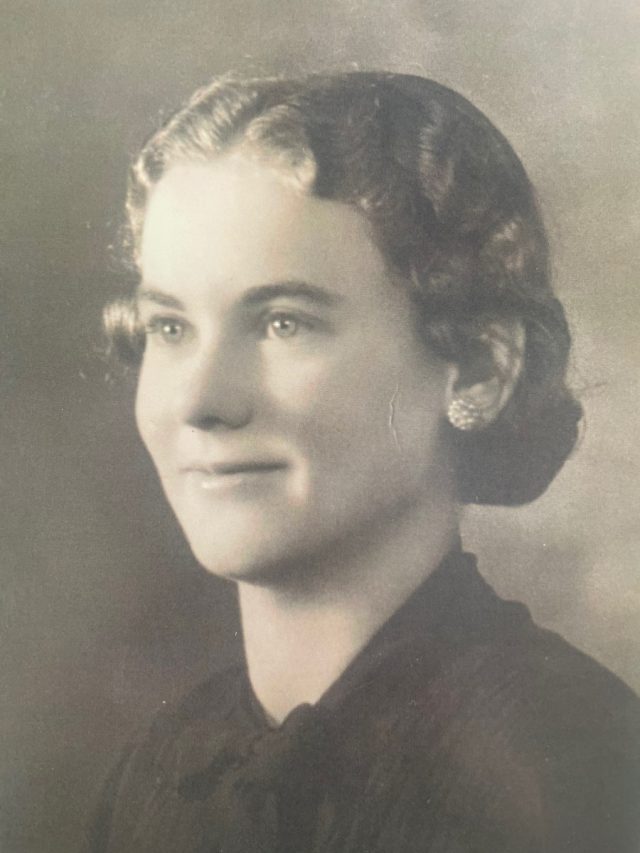 Ivy May Withers celebrated a 100th birthday earlier this month with a lunch surrounded by her closest friends and family.

Ivy May Withers, nee Green, was born in Mundijong on May 5, 1921 as the second eldest to parents Roy Green and Myrtle McKay.

She saw many years of major social change, and the construction of the world as it is known now.

Ivy’s mother died when she was just seven years old during the birth of one of her siblings, which was more common in those days.

Her father worked as a shearer and road worker and worked away for much of the time, so Ivy was sent to live with her grandparents in Mundijong and attended Mundijong Primary School until Grade seven.

There was no High School, so Ivy subsequently completed her three High School years by correspondence at the same Primary School.

In early 1945, when the Pacific war was advanced, Ivy attended a football match at the WACA played between the Army and the Airforce.

After the match there was a party where she met Doug Withers who was on leave from Darwin, where he was posted at the time.

After their initial meeting, Doug returned to Darwin and Ivy does not recall any contact until after the war ended.

Out of the blue, in late 1945, Doug arrived at Foy and Gibbons, a department store in Perth city where Ivy worked, in pursuit of the girl he left behind.

Ivy’s said her biggest blessing through her life have been her family, as she recalls and talks fondly of the love and care from grandparents and aunts and uncles.

She now lives in Claremont, is fiercely independent and according to her daughters remains the family matriarch.