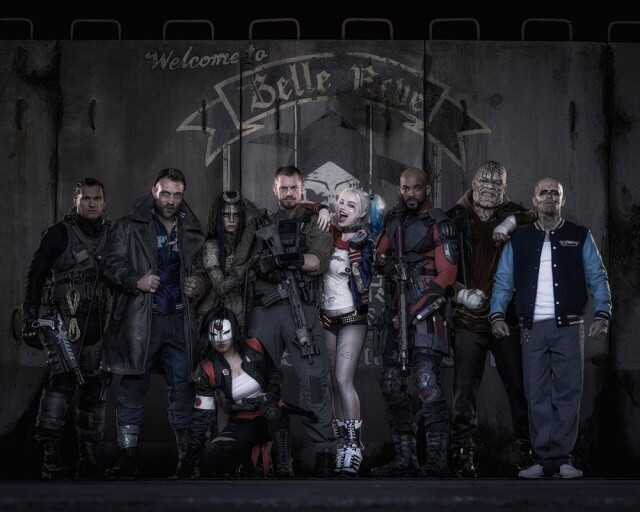 Suicide Squad, the latest film in the DC Universe, promised to turn the superhero story on its head but thanks to sloppy writing it falls disappointingly short.

In a world that has known superheroes and lost them, it’s now up to a band of super powered, super evil prison inmates to save the day under the control of government agent Amanda Waller (Davies).

Despite its quirky and sociopathic anti-heroes Suicide Squad follows the stock standard superhero plot – there’s a big bad guy who wants to destroy the world, heroes fight and there’s some implausible but satisfying explosions.

The story starts out well enough but it gets bogged down in too many flashbacks and explanatory dialogue.

The dialogue is rife with cringe-worthy clichés and awkward phrasing with some lines sounding like they were included just to be in the trailer.

Leto is more than capable of delivering an interesting and frightening Joker but unfortunately he was given little to work with and audiences may be left wondering why he was even in the film.

Smith is another brilliant performer who has been hamstrung by bad dialogue and inconsistent character traits as Dead Shot.

Robbie is a standout as Harley Quinn, the mentally deranged girlfriend and former psychiatrist to Joker, achieving the right level of crazy while injecting some humanity into the role.

Another mistake is the reliance on casual racism and sexism as a source of humour.

There is nothing wrong with depicting a male character punching a woman to the ground because ‘she had a mouth’ or instructing another character to hit his girlfriend.

When a film is about bad people this behaviour is to be expected but it shouldn’t be played for laughs.

It was particularly galling to be asked to empathise with a man who murdered his wife and children because he ‘lost control’ given the high rate of domestic violence deaths, many of which have been committed by men offering up the same excuse.

Despite all its flaws there are some fun moments but as one of the many people eagerly awaiting Suicide Squad’s release I had hoped it would be better.