Home News in SJ Shire will not be bullied: Coales

Although he did not win the seat for Thornlie in the March state elections Byford resident Rob Coales will not be deterred.

Driven by wanting a balance between country-living with city convenience in the Shire of Serpentine Jarrahdale Mr Coales was set to stand for council in the October election.

He said he was standing for the North Ward seat, which encompassed all of Byford.

“I understand the shire is rapidly growing,” he said.

“As a councillor I would like to maintain the rural charm of the shire.”

Mr Coales said he knew the shire was the fastest growing in the country but he would try to not allow Serpentine Jarrahdale be bullied by bigger corporations.

“We need to manage the growth,” he said.

“Development is great but we need to do things responsibly and the shire should not allow itself to be bullied by large companies.”

An active army reservist with the rank of major and a serving police officer working with youths at risk Mr Coales said his background would allow him to execute his duties as a councillor effectively if he was to be elected.

“I have a better understanding about politics especially since I campaigned in the state elections,” he said.

“It is evident to me that politics is local and it needs an active person in the community to represent the people.”

Mr Coales has pledged to work with the local police and Neighbourhood Watch to curb crime, promote and improve facilities for community groups, volunteers and sporting clubs, eliminate unnecessary expenditure and focus on activities to engage with youth in the shire.

He also urged residents to vote in the upcoming election, which will be held on October 21. 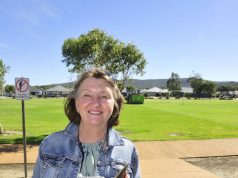 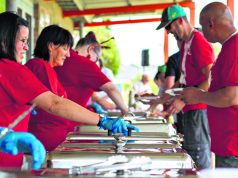 Valued vollies do it all for love

Have you seen possum Benji?