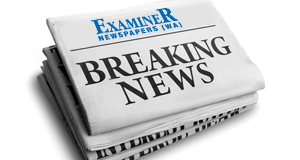 Four Serpentine Jarrahdale Shire councillors refused to leave the chamber after the meeting was prematurely closed following a disagreement about question time at the ordinary council meeting on July 13.

Two Oldbury residents were denied the chance to ask about a nearby development application, sparking an outburst from the public gallery.

The questions went against new regulations adopted last month requiring people to submit questions by 5pm on the day of the meeting.

These councillors had voted against the question time regulations in June.

Following the meeting Mr Ellis said most councils had similar regulations regarding question time and it had been disappointing to see council proceedings deteriorate.

“We brought the rules in because we’re copping a lot of abuse and we just think if the public are going to ask questions about councillors and staff then we don’t have to answer them,” he said.

He understood the Oldbury couple had not known about the new rules and the application had been deferred to the next meeting to give them another chance to speak on the item.

Mr Kirkpatrick chose to remain in the chambers after the meeting closed because he disagreed with the question time regulations.

He had not been aware of the breach of standing orders until advised.