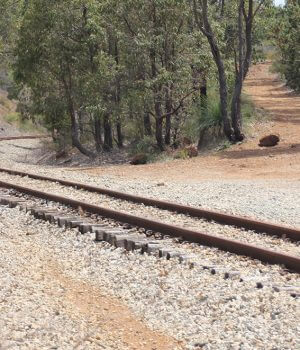 Serpentine Jarrahdale Shire chief executive Richard Gorbunow has denied the shire tried to sneak major changes to the Mundijong-Whitby District Structure Plan through without making the public aware of the ramifications.

Major proposed changes included not realigning the freight line east of Mundijong and dramatically changing the road network including closing Soldiers Road in Mundijong – a major thoroughfare to Byford – and stopping right turns from Mundijong Road into Paterson Road.

A public notice in The Examiner on January 14 called for submissions to the amendment stating it was ‘to modify the district road network to cater for the continued operation of the Kwinana freight rail line’ by February 4.

No press release was issued to the media alerting the public to the proposed amendments and the major impact they may have on the area.

Mr Gorbunow did not answer why a press release was not issued.

A request for a public meeting was put forward by a member of the public concerned by the radical proposed changes, along with a request to extend the timeframe for submissions from the original February 4 closing date, both of which were granted.

An email from a resident on February 3 advised recipients the shire had agreed to hold a public meeting on February 9 at 6pm.

The shire did not release details of the meeting to the public until after 4pm on Friday of that week, despite placing another public notice about the proposed amendments in The Examiner the previous day.

“Due to the short timeframe of the request from community members, the meeting was only planned and confirmed on the Friday prior to the Tuesday meeting,” Mr Gorbunow said.

“We were unable to advertise in The Examiner as the meeting hadn’t been confirmed at the time when artwork is required for the advertising deadlines.”

He said there was no statutory requirement to hold a meeting.

Due to an error by shire officers in understanding new planning and development regulations, the proposal was released for public comment before endorsement by councillors.

He said the council would consider a report once the preliminary consultation was complete and if supported ‘both formal and more extensive media advertising would be arranged’.