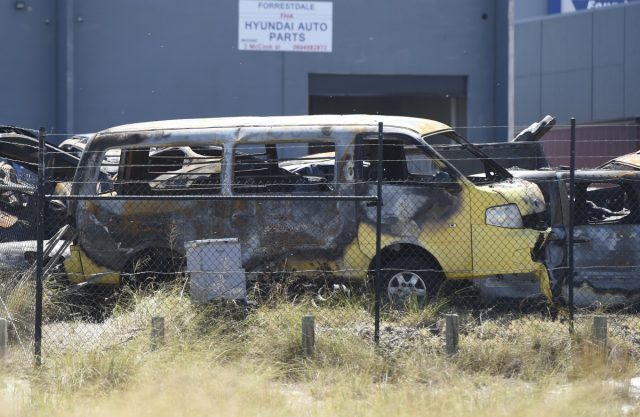 Police are treating a fire at a business in Forrestdale as suspicious.

At 3.54am yesterday morning, West Australian Police contacted firefighters as a fire was burning through cars outside a car wreck yard.

When firefighters arrived, approximately 50 cars were alight at the premises on McCook Street.

The fire was under control by 5.15am according to a Department of Fire and Emergency Services spokesperson.

It is suspected the blaze was deliberately lit and police are investigating the cause.

The damage estimation is $5000 and it is believed a person entered the premises and ignited the fire as they were attempting to steal property.

If anybody has any information regarding the incident they are urged to contact CrimeStoppers on 1800 333 000or make a report at https://www.crimestopperswa.com.au.