Home Events Life’s a drag for this couple 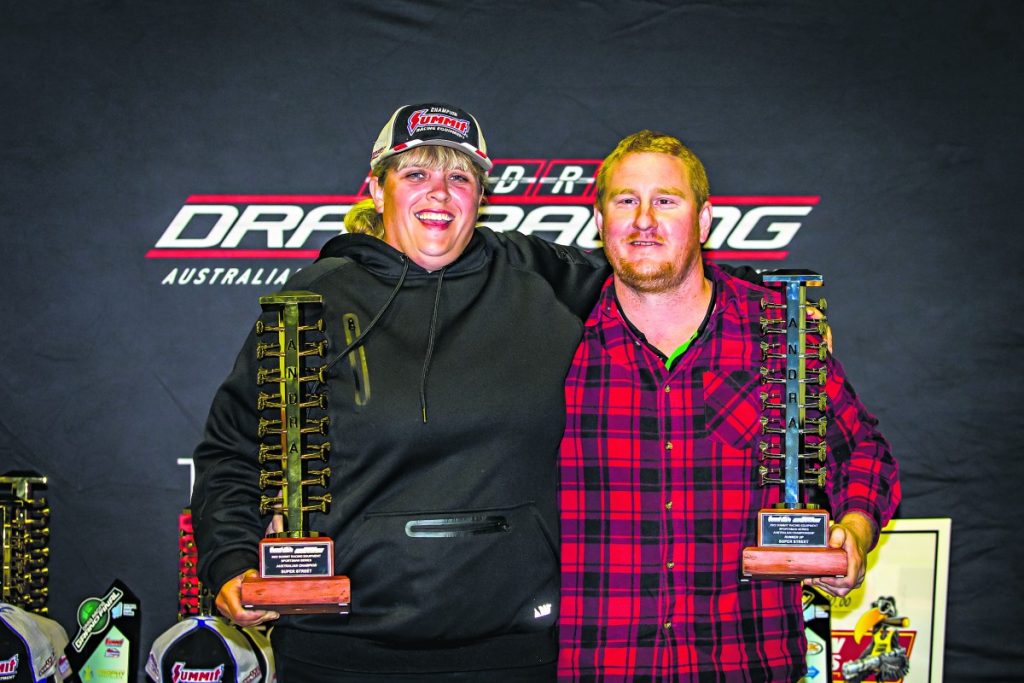 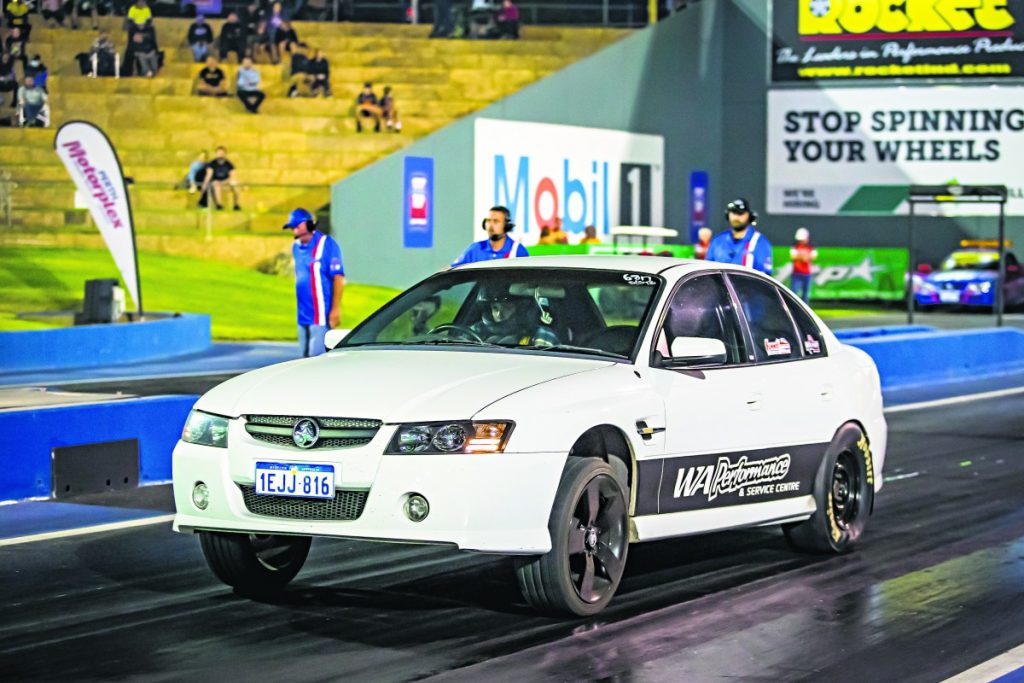 A couple of drag racing diehards made history when they took out the top two positions in the Summit Racing Equipment Sportsman Series Australian Super Street Championship at Perth Motorplex last weekend – the first husband and wife duo to do so.
Sharing a love of drag racing throughout their years of marriage, Lisa and Paul Garbellini have a lot to celebrate after attending the national championships over the weekend, with Paul landing the silver whilst Lisa pipped him at the post for the win.
Lisa, who hails from Mundijong, drove her Holden Commodore SSZ to the finish line and speaks of the sport as if entering drag racing competitions is just a part of life – but it’s clear from a post-race interview the bond between the two is a source of inspiration for the champion couple.
“Paul is by my side teaching me and helping me, I wouldn’t be able to do it without him. We’re both better and stronger as two of us,” Lisa told the Australian National Drag Racing Association on Sunday.
Speaking to Examiner Newspapers, Lisa remembered how she first entered the sport after meeting Paul.
“We met about 13 years ago. I was working in a bar so I couldn’t spend much time on it, but once I left that job, I was able to go down and watch him race and get to know a bit more about it,” Lisa said.
“I got my V8 and I started entering the FAST series at Kwinana, we’d go down on a Friday night and do a couple of laps and it got me hooked.
“I drive my Holden to and from work every day, I drove it to the track, changed the tyres, had a race, changed the tyres and drove it home.
“I usually stuff it up in the first couple of rounds, but I was in the right kind of mood and smashed it, it all came together on the day.
“When I won it was unbelievable, I couldn’t believe it happened, I was very happy about it and I still can’t believe it,” she said.
Paul went into the race as defending champion, having won the title last year, and he couldn’t be prouder of his wife’s win.
“To say the least I am so proud of Lisa and what she has achieved this season,” Paul wrote in a Facebook post following the win.
“She has beaten the best out there to claim a National Championship and deserves every bit of it.”
In July last year the couple competed in the first rounds of the series in Alice Springs and Darwin, thanks to a surprise from Paul to his wife.
“After winning last year, this year I wanted to go again and, as a surprise to Lisa, I sent her car on a truck to Alice and Darwin and she won,” Paul said.
Lisa remembers the surprise fondly.
“I said, “Oh, chuck my car up on there too,” as a joke, and he said to me, “Yeah, I’ve already organised it for you.” It was quite emotional, I might have even had a tear in my eye,” Lisa said.
For now, though, the tears have made way for celebration, with the trophy taking pride of place on the kitchen table for the second year in a row.
“Whether its him or me who has the win, the trophy still comes home so that’s the main thing – if he wins it, it’s great, if I win it, it’s great,” Lisa said.
“We’re both better and stronger as two of us. Usually, I am out first round and he keeps going but this time we have both been going alright.”