Home Canning Jesse’s in it for the long haul 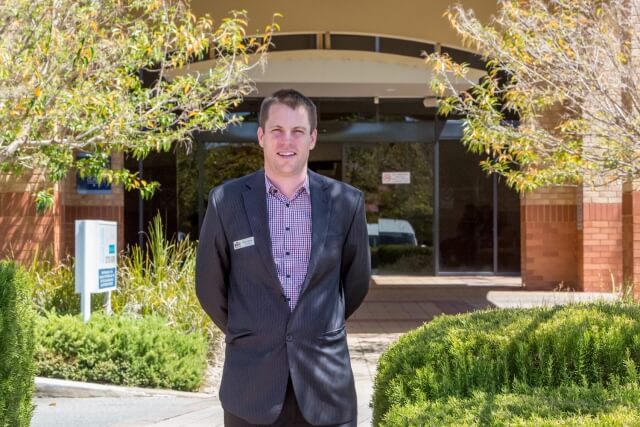 Liberal candidate for Cannington Jesse Jacobs said he was undeterred by the idea that Cannington was a safe Labor seat and unlike many past unsuccessful candidates he was in politics for the long term.

This year’s Cannington campaign will be a repeat of the 2013 election against incumbent Labor member Bill Johnston.

In that election Mr Jacobs, a current City of Canning councillor, managed a seven per cent swing toward the Liberal Party on a two party preferred basis making the seat notionally marginal.

This year he will be also running alongside his brother Julian and father Graham.

He said it was a natural progression to put his hand up again.

“Obviously 2013 was very close, there were only a few hundred votes in it,” he said.

“Sometimes you get these folk that rock up for an election, they lose an election and they sort of disappear, I’m more of a long term person.”

He said he recognised the difficult job ahead of him.

“Cannington is not something like Cottesloe or South Perth where pretty much you get preselected and you’re in parliament,” he said.

“I live in the seat of Cannington and people appreciate the down to earth people that just talk to them.

“I’m happy to go on the ballot to give people the alternative.”

Mr Jacobs said some of the biggest issues facing the electorate were employment, education, crime and airport noise.

“One of the big ones is unemployment and its twin evil sister underemployment,” he said.

“Politicians are very good at slogans and saying vote for me and I will give you a job but it’s going to be difficult.

“The WA economy is the weakest economy in Australia at the moment.

“I think that whoever wins needs to have a strong voice for Cannington, look after folk and try and find them more quality work opportunities.”

Mr Jacobs’ ideas on Roe 8 also did not perfectly align with the views of his party.

He said while he thought the project was essential, the timing was off.

“I think as Perth expands it’s only common sense that the road network has to expand,” he said.

“It’s probably a long term project that needs to be done but I think the manner in which they’ve tried to ram it through just recently, it’s just not good timing.

“Basically what’s happened is it’s turned it into a political football, decisions like this about where road networks go should almost be above politics.”

He said the whole project would not be an issue if the Labor Party had not changed the planning for it while they were in power.

Mr Jacobs said if elected he would look out for the ‘battlers’.

“I’m offering an alternative, if you’re a battler, if you’re doing it tough in Cannington, if you’re looking for a job, I’m your man because I live in the area, I’m just like you,” he said.