Home Armadale Homelessness on the rise as agencies band together 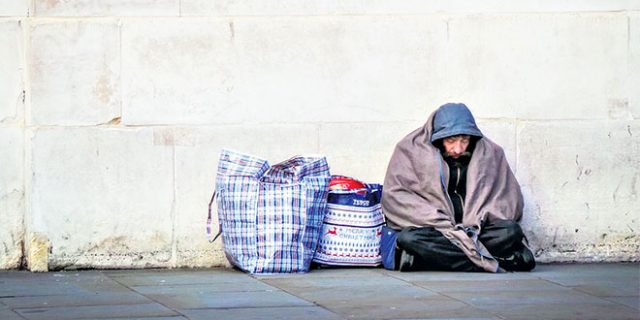 On the eve of national Homelessness Week, the chief of WA’s peak housing advocacy body has called for funding to better support the thousands of West Australians experiencing homelessness.

Shelter WA chief executive officer Michelle Mackenzie called on the state and federal government to match the efforts of leaders in the eastern states by providing immediate accommodation, service supports and pathways to permanent housing for those forced to live on the streets.

Ms McKenzie said the COVID-19 pandemic had demonstrated just how easy it was to fall into housing insecurity, with few immune to job loss, poor health and rapid decline in financial stability.

Specialist Homelessness Services support about 4,300 people a day in WA, but two-thirds of requests for accommodation are still unable to be met.

Homelessness remains a significant issue for Perth’s south-east corridor, which has among the highest rates of homelessness in the state.

According to the Australian Bureau of Statistics, the area had 1446 homeless persons in 2016 – 226 of whom reside in the City of Armadale.

In fact, the most recent census data indicated that homelessness in the City of Armadale had risen 60 per cent between 2011 and 2016, from 155 to 226 community members, with fears that figure will rise in the wake of the pandemic.

More than half of those that identified as homeless were living in severely crowded dwellings, 60 were couch-surfing, 12 were in supported accommodation and five were living on the street.

Since then, mayor Ruth Butterfield said the city had taken a proactive approach to support the vulnerable, homeless and those at risk of homelessness, contracting Hope Community Services to provide an outreach program, providing donations to service providers and issuing special library memberships for those without a fixed address.

More recently, councillor Butterfield said the city had re-engaged its casual staff to assist with food and care packages through the Champion Centre and Dale Cottages during the COVID-19 pandemic and gained representation on a state government group dedicated to creating a strategic response to community needs including homelessness.

“The city is currently working with a number of government and non-government agencies to understand the scale and extent of homelessness within the Armadale area,” she said.

“The city regularly meets with service providers and groups who are seeking support and assistance with programs aimed at vulnerable community members.”

The data and knowledge gained as part of the city’s current consultation is expected to inform a new Homelessness Policy, which is set to be considered by the council later this year.

It is understood there are more than 14,000 households on the waitlist for social housing in WA, with an average wait time of more than 2.5 years.

In July, the state government announced WA’s first ‘Common Ground’, a new housing facility with 70 self-contained apartments for low-income earners and those with complex needs in the heart of the CBD.

National Homelessness Week runs from August 2 until August 8 and aims raise awareness of people experiencing homelessness, the complex issues they face and the action required.