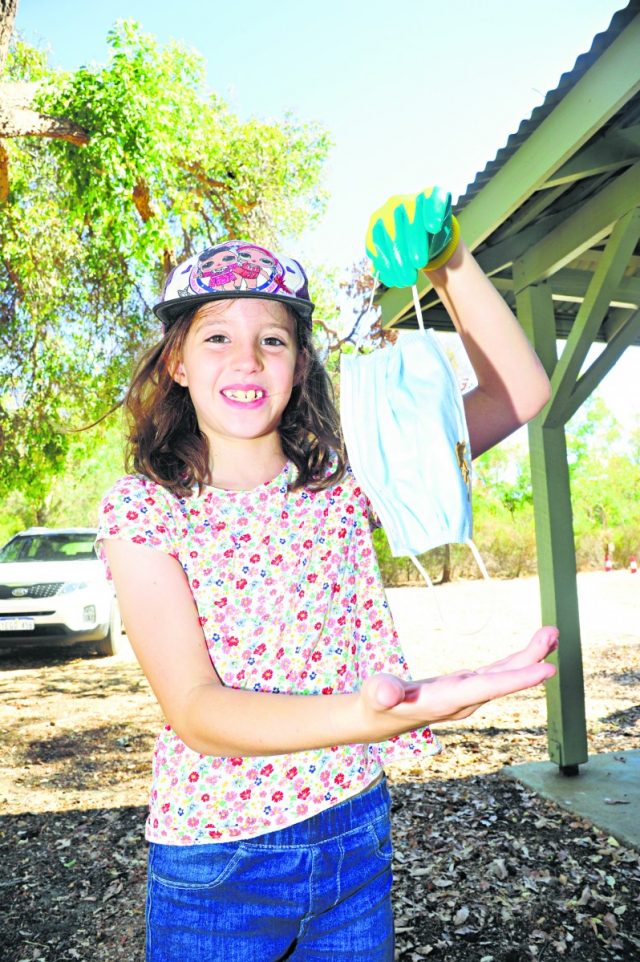 For Canning Regional Riverpark Volunteers, this year’s Clean Up Australia Day was a story of discarded facemasks and the effectiveness of WA’s containers for change program.

In just over two hours, the group journeyed from their base at Ferndale Crescent Carpark to collect rubbish, and site coordinator Graeme Campbell said there were two noteable takeaways.

“The volunteers indicated we probably picked up about 20 facemasks, which doesn’t seem like a large number but it’s something we haven’t had to deal with in the past,” he said.

“One volunteer said they appear to be more prevalent around shopping centres and carparks.

“The risk is they strap has the potential to get caught around the head of an animal.

“If you break the strap when you’ve finished with it, that will reduce the risk and, of course, disposing of the mask correctly.”

Mr Campbell also said the number of aluminium cans – usually a staple of Clean Up Australia Day events – were way down in numbers.

“We had bags for cans and bottles for recycling, and when we sorted that out we only had two bags of cans, so it’s disappointing we didn’t get a lot but from an environmental point of view that was really good.

“So the containers for change program is clearly working, but we also saw wine bottles and other items that you don’t get a refund for being left out there.

“Some people go into the park, have a drink and throw the bottle away.

“So the containers you don’t get the 10 cents for are still being found.”

He also said some of the rubbish his 42-strong team found was unusual.

“We found shopping trolleys, we found an old model train table somewhere in the park.

“The frustrating thing is just the laziness of people, they view the park as a dumping ground.