Canning’s first smart street in Cecil Avenue was on track to open in December but the type of tree chosen may have started a community debate.

The city was planning to plant more than 80 new trees to help increase its tree canopy. There are 47 London plane trees that have been growing off site at a tree farm and 37 Australian native spotted gums however the announcement caused commotion on Facebook, when members of the public questioned the advantages of London plane trees.

Victoria Park resident Marnie MacKee said those trees were planted all through Carlisle and made a mess.

“I disagree that these trees only make a mess for a couple of weeks, it’s much longer than that,” she said.

“They leave fluff that gets rolled into the ground surfaces.

Victoria Park resident Kerry Jones said London plane trees were beautiful but they needed to be planted in the right environment.

“In WA we have many good landscape architects, it would be nice if the city of Canning had asked their residents and ratepayers to have some input to the planning choice,” she said.

“South West WA is a world biodiversity hotspot with a vast array of tree species and we are resorting to plane trees from England,” he said.

The tree selection and rationale was identified in the Cecil Avenue Public Realm Concept Plans which were shared with the community in early 2018.

City of Canning mayor Patrick Hall said the London plane trees would be restricted to the pedestrian pavements of Cecil Avenue.

“They are proven and versatile species in main street environments due to their fast growth, tolerance to pollution and ability to offer extensive shade in summer whilst allowing winter sun through the canopy in the cooler months,” he said.

“The trees will be supported by structural soils designed to promote root growth and engineered grates to protect infrastructure.

“Overall the London plane tree represents less than 10 per cent of the trees to be planted throughout the city centre.”

Mr Hall said the vast majority of trees planted within the Canning city centre over the next 10 years would be natives.

“The city is committed to creating a vibrant city centre and once complete Cecil Avenue will have big street trees,” he said.

The transformation of the road into a pedestrian-friendly street was the first stage of the city’s $76 million city centre regeneration program.

Money raised from all walks of life for fires 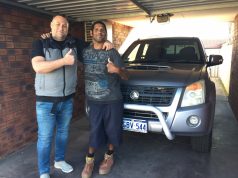 Family pitches in to help Gav