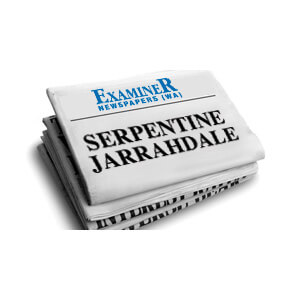 A councillor attendance listing on page two of the Shire of Serpentine Jarrahdale agenda has ruffled a few feathers with one councillor saying it was being used as a political tool to get rid of him at the next election.

The listing, which includes all councillors’ attendance to each public concept forum, special council meetings and ordinary council meetings, shows councillor Sam Piipponen has not apologised or attended a total of 14 meetings from March 9 to June 6.

However, when asked about his absences, Mr Piipponen told The Examiner it was more complicated than not turning up.

“I refuse to attend the policy concept and special council meetings as they are not open to the public and they are not minuted,” he said.

“Currently these meetings can be described as toxic unless you are voting in a certain way, if not a councillor can expect to be bullied.

“Unfortunately this is the current situation in our council, which other councillors will agree.”

Mr Piipponen said by putting the attendance record at the front of the agenda the shire was attempting to discredit councillors in the public eye.

“The community has got this image that I don’t turn up and support them but I have been against the recent rate rises and continue to fight for better road surfaces and networks,” he said.

“I always do my due diligence by reading the agendas.

“I get paid to attend the ordinary council meeting once a month and to make good decisions for our community.”

Councillor Rob Coales put forward the motion at a meeting last year to maintain an attendance register but said it was never meant to be included in the agenda.

“I was trying to achieve transparency and honesty in the council. However, this stops short of what I am trying to achieve as it doesn’t show all the other work that councillors do in their own time such as meeting with ratepayers and attending events,” he said.

“If members of the public would like to know what councillors are doing they can ask the councillors or ask the shire for a public record.”

Shire President Michelle Rich said under section 2.25 of the Local Government Act 1995 councillors were required to attend ordinary council meetings unless the requirements of the Act in regards to leave have been met.

“The decision to publicise attendance records was made proactively because, like many other local governments, we feel residents have a right to know about the work councillors undertake,” she said.

“All councillors are encouraged to also attend additional meetings and briefings where possible to learn more about key issues affecting the community.”