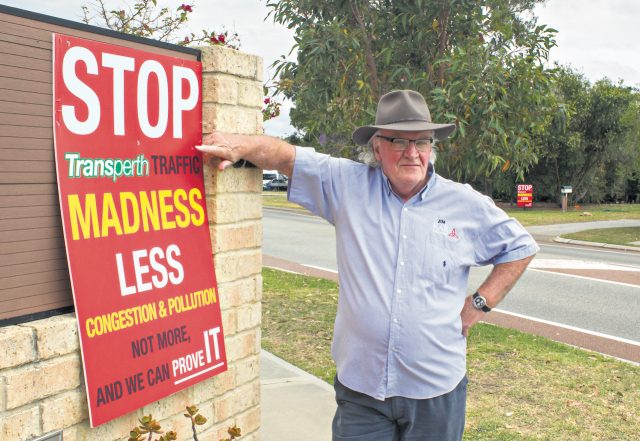 A report on a controversial bus link project which was due to be delivered to the City of Canning council this month has been delayed until December.

The city was due to deliver its report on the Fleming Avenue-Civic Gardens link at the November 23 special council meeting but it will now be delivered at the council’s planned December 19 ordinary council meeting.

The city has proposed linking Civic Gardens and Fleming Avenue as part of a greater plan to reroute buses away from Albany Highway through suburban streets to avoid peak-hour traffic.

The city said it had delayed the delivery of the report by nearly a month so it could include into it comments made at a November 15 public information session.

The proposal involves diverting buses heading west from Albany Highway to Manning Road, onto Richmond Street and Carden Drive about one kilometre before Manning Road, before taking the Fleming Avenue-Civic Gardens link to Manning Road.

The city said the new route would be used by more than 200 buses a day to avoid traffic on Albany Highway, and would cut three minutes off each trip.

However at the centre of the debate is the proposed Fleming Avenue-Civic Gardens link, which would require the road to cut through a section of parkland that was previously a road.

The road was removed and replaced with a footpath and grass area in 2008 to connect the Civic Centre Park community area with the Canning River.

The city held a public information session on November 15 following a previous public meeting, which residents said had left them feeling they had not been given the chance to clearly state their views and concerns.

About 180 residents attended the November meeting according to the city.

At the meeting questions were raised and answered regarding concerns for the nearby wetland, the impact on property values and worries the link would result in much greater traffic down the roads.

However the city said the man-made wetland had been created to strip nutrients in water coming from a nearby stormwater drain, and the road would not impact that role.

It also said house values had historically grown in areas where public transport services were improved and that the extra buses in the area would only equate to about a five per cent increase in traffic.

Fleming Avenue resident and bus route opponent Jim Rae has produced and installed about 20 signs around the suburb to oppose the proposal.

Mr Rae said he was looking forward to the city’s report being released.

“It’s chock-a-block here for 30 minutes in the morning and 30 minutes at night.