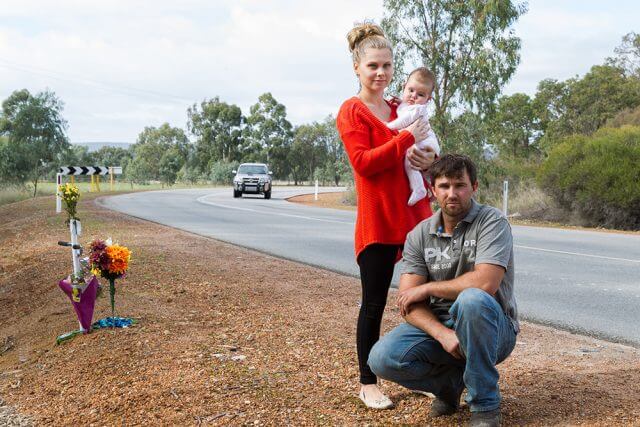 The Shire of Serpentine Jarrahdale says the 70km/h speed limit at the Karnup Road S-bend near Rapids Road is appropriate despite three major accidents there including two fatalities in the past six months.

On May 8 a 54-year-old woman died after the motorbike she was riding hit another vehicle, while about six months earlier a fatal truck crash occurred.

A 17-year-old boy was killed on April 20 last year when the motorcycle he was riding was hit by another vehicle and another truck driver died in February 2014.

Karnup Road resident Adam Fairey’s property fronts the S-bend and he was the first on the scene at the roll over.

He is fed up with seeing near misses on a weekly basis and something needed to be done.

“We’ve had two crashes in the space of a week but the amount of near misses we see, there’s probably a near miss every week,” he said.

“If there’s no reason for that bend in the road it’s just got to go…it’s a blind corner either side.

“They can make them go as slow as they want but imagine if you are the innocent person driving the other way and someone’s not doing the right thing and you are the one hurt, it’s just not fair.

“I’m sure 10 or 15 years ago Karnup was a quiet road but they’ve got to understand that now this is a major arterial road.”

Shire president John Erren said the shire requested the change in speed limit on Karnup Road and reminded people to adhere to it.

“This section of road is posted as 70km/h as it is the optimum safe speed to navigate the conditions of this road.” He said they were waiting on the crash location reports for the recent incidents.

“The shire will assess its recommendations and take action where appropriate,” he said.