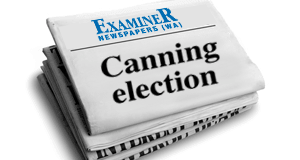 The new Canning council needed to be accountable and transparent according to mayoral and Beeliar ward candidate Lindsay Holland.

Mr Holland, a paralegal who is the Willetton childcare centre president and Willetton senior high school chair, said his experience with the former council had motivated him to run for mayor.

Mr Holland was Willetton child care centre president while it struggled to secure a lease from the former suspended council and city administration in the late 2000s until 2012.

The saga was investigated during the two Canning inquiries and in the panel of inquiry report by Dr Chris Kendall he said the situation showed an overall level of ‘systematic dysfunctionality’ by both the council and city administration.

Mr Holland said he would set up a transparent council to avoid the issues he had experienced.

“I thought, no this has got to change, we’ve got to make this council more accountable and more transparent and to do what’s right by the community, no self interests,” he said.

“Everyone would be treated as an individual and have an equal right.” Mr Holland would advocate for a financial audit to look at rates but could not promise keeping them at the low.

“Looking into the fiscal side I think even a forensic audit might be in order,” he said.

“I cannot promise to keep rates at the lowest of any council or anything like that and neither can anyone else.

“The only thing I can say is to keep rates to the minimum rise possible while servicing all other areas.” Mr Holland said he would also address the city’s increasing infill policies, which he did not agree with and he would push for the expansion of the Willetton basketball stadium.

If elected he would look at reprioritising funds to make a commitment to the expansion so the Willetton basketball association could apply for state and federal government grants.

With a record number candidates and the impending return of local representation Canning residents have had a huge choice to make for this weekend’s local government elections.

Forty seven candidates put their hands up for a position with some covering their bases and running for both mayor or one of the 10 council positions evenly distributed across the new-five ward structure.

This year’s mayoral race was also one of the biggest in the city’s history with 11 candidates in the running.

A mayor will be chosen from one of the following candidates:

The Greens WA member would work to build respectful relationships with all ward councillors and develop the local economy and transport systems. She would also push for the expansion of recreational areas.

Mr Hill said he would take steps to reverse the recent rate increases and dwelling zone increases. He would also push for a developer contract register that had recently been proposed in the City of Vincent.

The president of the Riverton Rossmoyne and Shelley Residents association said he would take a 50 per cent pay cut if elected, reduce staff costs, put a halt on unnecessary liquidation of Canning assets and publish executive’ salaries in the annual report.

The Willetton childcare centre president would push for greater transparency and an audit of the city’s finances. He would also look at the city’s infill policies and push for the Willetton basketball stadium expansion.

The former Liberal party candidate for the state seat of Cannington said he would push to keep rates affordable, put integrity back into the mayoral position, promote community safety and streamline council approval processes.

The former mayoral candidate in the 2009 election said she had the business acumen to make management decisions and work an effective budget.
She would push to increase employment and business opportunities in the city.

He would push for mandatory ethics and governance training for the mayor and all councillors and a financial audit of the city.
He would also continue to push for aircraft noise reductions and the NBN rollout.

The former Australian Christians party candidate for the federal seat of Swan and Murdoch university lecturer would push for greater transparency in the council. He would also advocate for more jobs for Canning residents and business opportunities for entrepreneurs.

Former Canning mayor when the council was suspended said he was committed to safeguarding the city’s assets. He would push for rates to return to an acceptable level and would focus the budgets on improving the city’s infrastructure.

The semi retired teacher and lecturer would push for more green space in developments, pedestrian overpasses on busy roads and he would address environmental noise including aircraft noise.